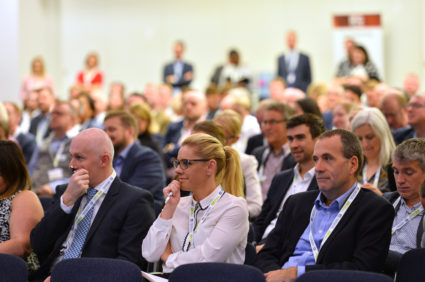 The private rented sector market in Manchester city centre is still strong despite jitters that there is an over-supply of such accommodation, a developer told delegates at the Greater Manchester Development Conference.

Rodger Till, director of acquisitions at High Street Residential, said while there are worries about the Manchester city centre housing market, investors still want to invest there.

“We have confidence that we can do more here,” he said, adding that the firm is opening a new office in the city.

Till was backed up by Guy Nixon, founder of developer Native, who has just opened the redeveloped Ducie Street Apartments near Piccadilly station.

He said: “When there is talk about potential over supply, personally I don’t think that the case at all: the pace of growth has struggled to keep up with demand.”

Till said that Hadrian Tower, High Street Residential’s showpiece project in Newcastle, is due to complete this time next year.

The scheme to construct the city’s tallest apartment block, which boasts a Laurent Perrier champagne lounge on the top floor, is on schedule and sold up to its eleventh floor.

He also said the company’s scheme to build 139 flats in Milton Keynes for the Grainger Trust is due to be completed later this year.

And the company has exchanged contracts on the site of its first scheme in Greater Manchester, which will be located in Salford, till said.

Till was also bullish that a private rented sector market for older people will develop.

“PRS for older people is going to come because there is money out there. At the moment, a lot of older people are sitting on houses worth a lot of money.”

Native’s Nixon told delegates that he has spotted the “first glimpses” of senior living options being looked at in central Manchester, which he said is an attractive option for retirees seeking easy to the city’s cultural offer.

But the PRS market for older people has not taken off yet, he said: “We’ve not yet nailed the product that will tap into that pent-up demand for senior living.”

The company has spent £25m on the project, which has taken two and a half years to complete.

The scheme was designed by architects Archer Humphreys, which has recently carried out the conversion of the London borough of Camden’s former HQ at King’s Cross into the new Standard Hotel.

Bistrotheque, the operator of the Ace Hotel, has signed up 15,000 sq ft where it will operate a cinema, restaurant, café and event space in its first venture outside of London.

And Blok which is also embarking on its foray outside of the capital, will take space for its fitness classes-based offer.

Catherine Dewar, head of north west England at Historic England, said that the heritage quango is on the verge of announcing the locations to be shortlisted for its High Street Heritage Action Zone initiative.

Around 200 initial expressions of interest have been submitted across England for the projects, which will follow the same format as its existing Heritage Action Zones.

She highlighted the zone in Rochdale, where HE is working with the local authority and other partners to help revitalise Drake Street, which forms the main route from the train station into the town centre.

Howard Lord, managing director of CERT Property, said the Manchester-based developer is looking fora design and contractor team for its Cheshire cheese, and Copperworks developments which are located in, Ancoats and Blackfriars respectively.

He said that the company’s Kinetic project, an office to residential conversion, is under construction in Old Trafford.

The scheme had been presold to investors, Lord said: “This enabled delivery of a development in an area that hadn’t quite taken off when we invested there.”