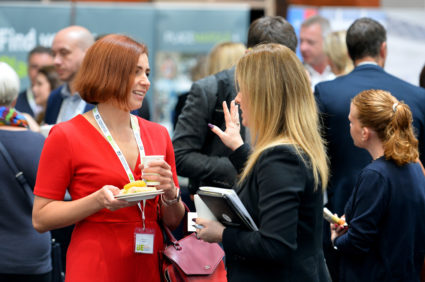 The leader of Manchester City Council has ruled out the introduction of a congestion charge in the city for the for the “foreseeable future”.

Sir Richard Leese, who championed the city council’s unsuccessful attempt to introduce a congestion charge just over a decade ago, rejected a suggestion during our Greater Manchester Development Conference that reviving the controversial levy on motorists is “inevitable.”

He said: “It’s not going to happen. Far for being inevitable, I can’t see any politician going anywhere near it for the foreseeable future.”

Instead, the city is focusing on improving its public transport network, Sir Richard said: “We are going for the vast improvements in public transport that we need. The fight is to put in place a London style public transport system where we can integrate bus, light and heavy rail.

“Although walking and cycling are really important, the core of building a non-car dependent city region is having public transport that really works.”

He said: “One of the things that happened as a consequence of the recession is that large parts of Manchester became substantially depopulated.

“This is not displacing people who are already here but bringing in new people into the city with new skills and abilities.”

And the council is “very serious” about building an “inclusive economy,” he said: “It’s also trying to make sure that the existing population have the education and skills and the ability to benefit from the economy we are creating.

Getting a higher proportion of the city’s population into employment is a “crucial part” of the council’s plans for the city, Sir Richard said: “We don’t want the city to be enormously benefit dependent. As far as possible, we want a population that isn’t reliant on that safety net.

“It’s often decried as gentrification; it’s about building a self-sustaining city region with a population able to take care of itself.”

Sir Richard, who has been at the centre of Manchester’s regeneration since the 1980s said that Manchester had learnt the value of partnerships.

“The public and private sectors learnt that by working together, they could achieve things that they would otherwise not have done and learnt that lesson over and over again.”

Greater Manchester’s great strength is the highly diverse nature of its economy, he said: “We are the most diverse economy in the UK, a very high-class Jack of all trades.”

Sir Richard was backed up by Nicola Headlam, head of the Northern Powerhouse at the Department for Business, Energy & Industrial Strategy.

Pointing to research carried out by former Manchester University planning professor Brian Robson into the regeneration of Hulme, which proved that it had not displaced existing residents.

She said: “His work in Manchester refutes the argument that investment in property and places churns people out of a place.

And efforts to revive town economies cannot be divorced from the regeneration of the wider city region that they sit within, she said: “The best thing for the towns are the continued success of the city region”.

“The fear is that we end up trying to do it (regeneration) in slices: we have to work within an economic system of an economy.”

Stephen Wild, managing director of MediaCityUK at the Peel Group, said blaming the success of central Manchester for the economic woes of surrounding towns is like pinning the recent demise of Bury Football Club on the city’s Premier League sides.

“Not having the knowledge quarter would leave the city in far worse place: those areas are likely to benefit in many ways,” he said, giving as an example how industry’s growing reliance on digital technology means that manufacturers in the surrounding conurbation will benefit from the city centre concentration of expertise in this area.

“The worst thing would be to follow the path of London and Cambridge and price people out of their everyday lives, which is a huge advantage for us at the moment,” he said

Georghiou also admitted that that it had had to make trade-offs regarding energy efficiency when carrying out its latest developments.

He said: “We have finite resources. If we had made those buildings as carbon neutral as current technology allows, we could have only afforded much smaller buildings and left people in much worse Victorian and 1960s buildings.”

He said: “As a private developer, we have to have an eye to viability. You have to understand how we can deliver. The planning system is setting aspirations, but we need a wider conversation about what is deliverable. We possibly need a wider look at how we achieve that target.”

Sir Richard defended Manchester’s increasingly demanding residential building guidelines including a requirement that all buildings should be zero carbon by 2028.

He said: “We are not capable of doing that at the moment at scale, but we will have to acquire those skills over time.”

And the authority is putting its money where its mouth is by installing a heat and power network as part of its Town Hall refurbishment project, he said: “That will allow Manchester Town Hall to be far more environmentally sustainable than could have imagined four to five years ago and allows us to tackle fuel poverty at the same time.”