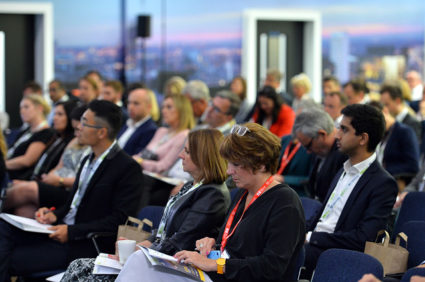 The Mayor of Salford has urged the government to “play ball” with the north by providing the region with a bigger share of infrastructure funding.

Paul Dennett, who has been directly elected mayor of Salford City Council since 2016, welcomed Boris Johnson’s recent trip to Manchester at our Greater Manchester Development Conference, when the prime minister backed plans for the Northern Powerhouse Rail.

“It’s great that the prime minister visited the Museum of Science and Industry but let’s be realistic we are playing significant catch up in infrastructure investment in the north and Greater Manchester.

“We have ambition and vision but it’s critical that the government plays ball with us on this.

“This is a post-industrial part of the country and the government needs to play ball through more infrastructure investment.

“We need proper devolution of resources that will enable us to realise our ambitions in Greater Manchester.”

Under current government rules, funding for schemes like the housing infrastructure fund is weighted towards high growth areas which tend to be in the south of England.

Dennett said that the £211m worth of cuts that Salford has experienced over recent years had constrained the sums that the council can allot to economic development and regeneration, especially in the context of rising demand for adult social care.

Others are the corridor leading to Salford Quays, which he said is set to double in size over next ten years and Western Gateway, which is Greater Manchester’s only significant tri-modal port.

These developments, combined with work to rejuvenate the borough’s town centres, aim to deliver 40,000 new homes and 40,000 new jobs by 2040.

“This is just the start of the project. Post-industrial decline decimated this part of the world and in many respects, this is unfinished business for Salford and the city region.

“The best antidote to poverty and inequality is growth but not at any cost.”

Greg Ball, senior development manager at the U+I Group, revealed that the developer is submitting an application this month (September) for the first phase of its plans to regenerate the area surrounding Manchester’s former railway depot at Mayfield.

The masterplan for the project envisages developing around 3 million sq ft of commercial space, 1300 new homes and a 450-bed hotel on the 24-acre site, which is located immediately adjacent to Piccadilly station and the Mancunian Way.

The scheme, which U+I expect to build out over the next 10 to 15 years, will be centred around a five-acre park.

Phase one, a multi- storey car park, and a 71,000 sq ft off building overlooking the new park, is being developed on a speculative basis.

Ball said that the application is due to be determined by January next year and start on site in April with completion pencilled in for March 2022.

Stage 2 designs are being worked up for phase 1b, a 220,000 sq ft building.  The planning application for the building, which that U&I aims to develop with a pre let, is due to be submitted next month (October).

He said the first building would be targeted at SMEs, while the second is designed to attract a much larger corporate occupier.

Responding to a question pointing out that it is three years since the masterplan was adopted, Ball said. “The first phase is always the most difficult one to deliver largely due to challenges round viability.”

But U+I’s confidence is bolstered by the level of demand in Manchester, he said: “It’s a hugely promising gateway site, which gives us confidence to press the button on the first phase and not rely on pre-lets.”

The shake-up of retail is an opportunity to rethink the role of towns, according to the leader of the council where the first mayoral development corporation (MDC) outside of London was launched last week.

Cllr Elise Wilson, leader of Stockport council, said she is “extremely optimistic and energised” by the £1 billion programme of investment which the north west town is seeing.

“The change in retail is an opportunity for us to rethink the role and function of our towns and put them back at the heart of our community by thinking about what people need and want from them.”

She told delegates that the MDC, which is designed to spearhead what she described as “one of the biggest brownfield regeneration projects in the UK” had been officially launched the day before the conference.

The project to create a 130-acre urban village of 3,000 new homes is backed by Homes England and the Mayor of Greater Manchester.

Around 1,000 new homes are due to be delivered within the next three years by the MDC, which is the first to be set up with a town centre

A consultation into the strategic regeneration framework for the site has recently concluded.

Elsewhere in Stockport, Cllr Wilson said work is already under way on phase 2 of the Stockport Exchange project, which is turning a former leisure scheme next to the town’s mainline railway station into offices.

“It’s very sad what happened at Bolton and Bury but more importantly it was about governance and regulation and making sure that the right tools and skills are being shared.  There are things to do but it’s about making sure the focus is in the right place.”

She said, based on Visit Britain figures, which showed that 75% of Chinese and American football fans would travel to the city of their football team even if it isn’t playing, suggesting  there are 180m ‘potential’ visitors to Manchester.

Sally MacDonald, director of Manchester’s Science & Industry Museum, said that a new gallery is opening in October which has been designed by Carmody Groarke.

She said that the new gallery sets a high benchmark for future new developments at the museum including the new Power Hall, which will reopen in 2021, turning currently gated areas into public spaces and replacing its existing roof.