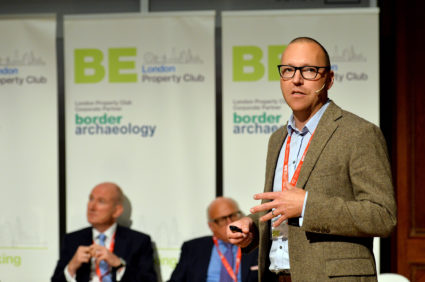 Office workers aged between 18 – 34-year-olds are the loneliest sector of workers in the country, new research by the Commercial Park Group has revealed.

John Baker, Founder of Commercial Park Group – which is a partnership between The John Baker Group and construction firm Sir Robert McAlpine – said that research conducted on the firm’s behalf found that those in the millennial age bracket have suffered from loneliness in the past.

The property company, which aims to deliver 2 million sq ft of new office space across the South East over the coming decade, will also aim to deliver more inclusive space for its office inhabitants to combat the issue.

Speaking at the recent London Property Club event Mr Baker said that after multiple reports or articles in the media regarding poor working practices in offices across the UK they decided to commission their own research. He said: “I wanted to find out about what’s going on myself. What we did find out, quite startling. the loneliest sector of the working populace is the 18 to 34 year olds, that’s our prime prime team.

“That’s very, very serious, because in the next 20, or 30 years, if we don’t do something about it, they won’t be anyone talking to each other at all. These people have lost the art of communication. They’re unable to communicate with each other, they dread the weekends. And literally, they would love to meet people that don’t know how to do it.”

Mr Baker noted that compared to offices in the 1950s, many workers do not rely on face to face communication to interact with each other and lost the sense of ‘conviviality’ in the workplace. With plans to build and operate offices at Gatwick Park in Crawley, Haywards Park in Haywards Heath and Bromley Park in Bromley; Commercial Park Group launched a programme called Spike which allows people to come together electronically then meet in person.

Mr Baker added: “We learned from our research that the second most important thing that people look for in work after earning money being the first one, it’s a very close second is colleagues, people want to be with people they’re like, we have to deal with this situation.

The Group looked at how they could design their buildings to facilitate more interaction with workers, starting with adding a number of terraces to their office location at Gatwick in Crawley. Mr Baker said: “These terraces s will give people an opportunity to chill, get together, talk about domestic situations, to business situations, management meetings, and you can do politics, you can do yoga, table tennis competitions for tank competitions, tea parties, cocktail parties, whatever. It’s getting people together, it’s very, very important.”

Property developer Ennismore is planning to expand into co-working space by bringing office functions to some of its range of Hoxton hotels. The firm’s Capital Projects Director Joseph Godfrey said that the move to offer business functions made sense considering the ethos which Ennismore has built into its range of hotels.

He said: “So the Hoxton is essentially a collection of open houses, which are very much rooted in the scenes of the streets and the local culture and inclusion of the surrounding culture. We bring that in to through both the design and also through the operation.

Harnessing this community spirit was key to Godfrey’s approach “We saw an opportunity to use the ethos of Hoxton and the cross section of our visitors and our locals. And that use our lobbies for businesses and the opportunity free Wi Fi and to sit there and host meetings we very much welcome. It very much creates an atmosphere of inclusion.