FOUR of Aberdeen’s top Development Directors will be presenting their development/investment plans for the next couple of years! 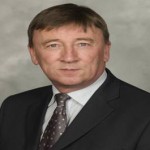 Brought up in Speyside, the son of a Scotch whisky Distillery Manager, who worked for the Company that makes Johnny Walker.

First worked as an Accountant with KPMG, a firm of International Chartered Accountants, becoming an Insolvency Manager.  He ran Oil and Gas Service Companies in receivership whilst also auditing major Oil Companies including The British National Oil Corporation and had a period of secondment to Sovereign Oil and Gas.

Gordon’s responsibilities include the development of both physical structure and development plans for the City and the North-East of Scotland as well as Economic Development strategies both currently and over the past 25 years including the infrastructure required for its vitally important Oil and Gas industry.

Amongst the positions he has held in the past, includes:-

He has also served a Ministerial appointment on the Scottish Export Forum.

Following an earlier career in the merchant navy, Colin commenced employment with Aberdeen Harbour in December 1987 and was appointed by the Board to the post of Chief Executive in 2006.

Colin has been a Council member of the British Ports Association since 2006 and served as Chairman between 2012 and 2014.

He served as a board member of Aberdeen and Grampian Chamber of Commerce from 2006 to 2011 and was latterly a Vice President. He became Chairman of the Scottish Council for Development and Industry’s North East Committee in January 2012 having been a member since 2009.

In 2014 Junior Chamber International made Colin their Grampian Industrialist of the Year.

Derek is the Director of Growth Sectors within Business Infrastructure for Scottish Enterprise and manages four teams dealing with connectivity, lifescience, financial services, creative industries and tourism. These teams comprise various property disciplines dealing with a range of infrastructure projects throughout Scotland.

Derek is the locational director for Aberdeenshire where he sits on the Community Planning Partnership Board. He also manages SE interest in and sits on the board of the four West of Scotland urban regeneration companies. Derek also directs the Clyde Waterfront Partnership and the Aberdeen City and Shire’s Energetica Programme.

Derek is a chartered surveyor with over 30 years in the property industry both public and private sector. He has a MBA and is married with three children and a grand daughter.

Born and bred in Aberdeen, Carol is a qualified accountant who has worked with the airport for 6 years.  She took up post as Managing Director of Aberdeen International Airport on 1st October 2013, having formerly held the positions of Commercial Director and Operations Director.

Prior to joining the airport, she worked for 6 years with local charity, Inspire, as Head of Finance and Social Enterprise as they designed and built their multi-resource centre on Aberdeen’s Beach Boulevard.

Carol also spent 10 years working in the oil and gas industry, working with a variety of both operators and service companies including Schlumberger, Accenture (on both BP and Talisman contracts) and Elmar.

Carol lives in Aberdeenshire (just outside Newmachar) with her husband, and has 2 allegedly grown up children.

She is also currently on the Board of Directors of the Chamber of Commerce and the Aberdeen Exhibition and Conference Centre, and is a Council member of SCDI.

In her spare time she plays golf, guitar and walks her 2 dogs.