How Transport is helping to Regenerate the North West 2014

How Transport is helping to Regenerate the North West 2014 | Event

FIVE of the North Wests top Transport Executives presenting their development plans for the next couple of years!

Transport for Greater Manchester (TfGM), is responsible for the development of high quality integrated transport facilities and services across Greater Manchester – the largest regional economy outside London with a complex and changing stakeholder environment – and to safely facilitate the 265 million passenger journeys made annually.

Dave Newton has responsibility for strategy, policy, research, analysis and transport planning and solutions in his role as Transport Strategy Director.

Dave’s career to date, spans transport consultancy and two spells at TfGM. In particular, Dave enjoyed a significant role in GM’s Transport Innovation Fund bid, the delivery of the 2002 Commonwealth Games and the redevelopment of Manchester city centre in the aftermath of the 1996 bomb. 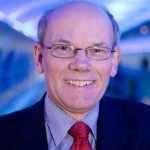 John is professionally qualified as a member of the Royal Town Planning Institute and Fellow of the Institution of Highways & Transportation. A qualified town planner, he has spent his working life in the North West in both the public and private sectors.  He joined the newly formed Airport Company in 1988 and has progressed through a variety of positions to his current role, where he is responsible for land use planning and strategic master planning and transport policy for the Group’s 4 UK airports (Manchester, East Midlands, Bournemouth & Humberside).  He has been responsible for the Company’s land use, environmental, development and transport strategies. These have been responsible for positioning Manchester as one of the leading businesses and airports in the UK in delivering sustainable airport growth.  He played a pivotal role in the planning and delivery of a second runway at Manchester – still a unique  achievement among UK airports. 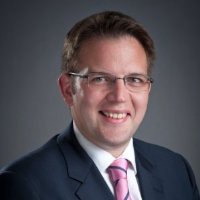 Richard is the director responsible for Northern’s commercial activity including customer insight, revenue and communications.

Richard has been at Northern since 2007; he spent the first seven years of his career as a journalist before moving into management roles with GNER in 2004.

Ian took on the role of (Acting) Network Rail Area Director for LNW North from 1st April 2014. Prior to this he was the Infrastructure Maintenance Delivery Manager for the Lancs & Cumbria Delivery Unit, a role he has undertaken for the last 3yrs.

He joined BR in 1994 straight from university following successful completion of a degree in Civil Engineering. His career has been predominantly focussed around track engineering having worked in a variety of roles in mtce, rnwls & projects;  including a 2yr spell in Sweden.

Ian is a member of the Institution of Permanent Way Engineers. 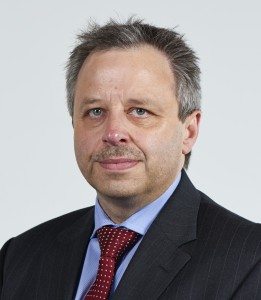 Dennis was appointed as Commercial Director for Peel Ports Group in 2013 after working for the company for 3 years. He is an experienced supply chain professional, specialising in strategy, sales and marketing, business development and logistics and supply chain management. He has worked for Unipart Automotive, Virgin Retail and Hays Logistics.

How Transport is helping to Regenerate the North West 2014 | Details