Sir Howard Bernstein joined the City Council as Junior Clerk, rising to become the Council’s Chief Executive in 1998. Following the terrorist bombing of the City Centre in 1996 he was appointed Chief Executive of Manchester Millennium Limited, the public/private sector Task Force set up by the Government and the City Council to oversee the redesign and rebuilding of the City Centre, a task successfully delivered to critical acclaim on time and on budget. Sir Howard is known for his business acumen; for forging partnerships with the City’s key players; and for successfully attracting millions of pounds into the City.  He played a key role in the regeneration of Hulme, the first area in the UK to attract City Challenge status, and subsequent area regeneration initiatives, most recently in East Manchester; in major projects including The Bridgewater Hall, the Velodrome and the Arena, and the new International Convention Centre; the City of Manchester Stadium and SportCity Complex and City Art Gallery.

Since the mid 1980’s, he has been Clerk to Greater Manchester Passenger Transport Authority and took a lead in introducing Metrolink, the UK’s first on-street public transport system which is currently being expanded further across the conurbation. He was involved in the establishment of Manchester Airport as a plc in the mid-1980’s and has driven the expansion of the company into the next stage of commercial and physical development. Sir Howard was instrumental in securing Manchester as Host City for the XVII Commonwealth Games in 2002, which was the largest multi-sport event ever hosted by the UK and the most successful Games ever.

Regular business surveys of the top 100 financial figures in the NW consistently rate him one of the most influential.  Recognition of Sir Howard’s contribution to Manchester includes being awarded an honorary degree by UMIST in 2003, Manchester University in 2004, Manchester Metropolitan University in 2005 and Mancunian of the Year also in 2003.  Sir Howard was knighted for his services to Manchester in the New Year’s Honours 2003.  The Financial Times group FDI named Sir Howard as their European personality of the year 2004.  Sir Howard was recognised with a Lifetime Achievement Award at the Regeneration and Renewal Awards in September 2008.  The Confederation of Business Industry North West named Sir Howard as their business leader of the year in December 2009 for his innovation and initiative in leading the Council. Sir Howard took up appointment as Chairman of Blackpool URC from July 2008 to March 2010. 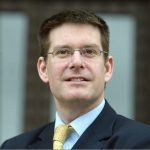 Sean Harriss has been Bolton Council’s Chief Executive since 2007.   He spent the previous four years at Oldham Council where he was Assistant Chief Executive and then Executive Director of Strategy and Resources.

Sean’s key priorities for the Borough are to ensure Economic Prosperity and that outcomes are improved for local people, especially those who are most disadvantaged – “Narrowing the Gap”  He is also delivering an agenda to transform the way the Council provides its services in the context of the current financial challenges.  In the time he has been in post he has managed to secure Bolton Council’s position as one of the top performing local authorities in the country.

He is also one of the leading Chief Executives within the region and is at the forefront of some of the key issues affecting the Greater Manchester City Region, including public service reform and community budgets.

Barbara led the bid to relocate the BBC to Salford Quays as part of MediaCityUKcreating a development of international significance.  She represents Salford in the City Region on economic development, employment and skills and is advisor to the Strategic Board for Business Support, Trade and Investment.  Alongside the Chief Constable, Barbara also plays a leading role on Policing and Crime in Greater Manchester and has been invited to join the Home Office Strategy Group – Communities against Guns, Gangs and Knife Programme.  Recently, Barbara has been leading on the development and delivery of new governance arrangements in preparation for the appointment of Greater Manchester’s Police and Crime Commissioner.

Barbara’s career has spanned a range of public service organisations with a strong focus on regeneration and policy development.

Barbara has a genuine belief that collaboration, with the private sector and with local and central government colleagues is the way to achieve the best outcomes.  Her passion for public services is focused on ensuring that local people connect with the major opportunities provided by the regeneration agenda. 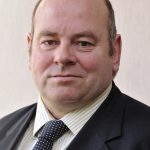 He played a key role in the development of the Housing Market Renewal Programme, the Northern Way Growth Strategy and, through his work with the Core Cities Group and the Association of Greater Manchester Authorities, in the emerging policy framework for city regions.

Eamonn’s priorities at Stockport are to:

Eamonn takes the lead role on Investment and on Planning and Housing for the AGMA Wider Leadership Team.