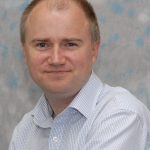 The youngest ever Chief Executive of Leeds City Council, Tom joined and set the ambitious ‘Best Council’ goal in 2010. Tom was recently a central member of the Commission that outlined a new blueprint for Local Government to stimulate growth and recast its “social contract” for public service provision. Always working closely with Council Leader, Keith Wakefield, and across all political groups, he has secured free Wi-Fi across the city centre and helped establish the network “Leaders for Leeds”.

Tom has come full circle from a North Yorkshire state education, via Oxford’s Trinity College followed by the Civil Service fast stream in 1990. In Whitehall he represented the UK in international climate change negotiations. Tom gained a distinction in a Business Administration Masters at Imperial College in 1997. After setting up the Regional Development Agency, Yorkshire Forward, he became its Chief Executive in 2006. Tom holds an honorary degree from Bradford University and is a member of Lord Stevens’ Commission on the Future of Policing, the NHS Futures Forum, and the Centre for Cities board of trustees.

Back to Leeds, Tom’s achievements in just over two years at the Council include overseeing: £100m of efficiency savings without reductions in front-line services; constructing a state of the art Arena; and doubling the number of apprentices. Ever forward-looking, Tom helped win the Tour de France Grand Départ for Yorkshire in 2014.

Tom is married to Louise, has two children, Joe and Amy, and is a keen footballer and Middlesbrough supporter. 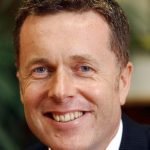 Since graduating from Bristol Polytechnic in 1989 he has worked in Local Government at Stockport, Calderdale, Barnsley and Wakefield where he was Deputy Chief Executive for 3 ½ years before taking the reigns at Bradford in 2006. His background has included all aspects of Housing and involvement in the regeneration of former coalfield communities in South & West Yorkshire, and major programmes of urban regeneration.

Since coming to Bradford Tony has worked with Political Leaders, colleagues and a wide range of partners to focus on the long term challenges of repositioning the City and District regionally and nationally by progressing major programmes of Regeneration, significantly strengthening the leadership of Education in the District and working in partnership with employers to create the skilled and agile workforce needed for Bradford to be a truly competitive city in the 21st Century.

Within Leeds City Region, Tony leads on housing, regeneration and planning and is currently leading the way to process a Revolving Economic Investment Fund as part of our City deal with Government. The major challenges in the coming years will be the transformation of public services in a very different financial environment and work with Business and City Region partners to achieve sustained and sustainable economic growth. 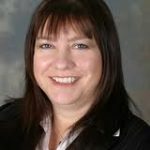 Joanne was born in Birmingham.  She started her career in local government as an apprentice at 16.  Her career specialised in Housing & Regeneration.  She has worked for the voluntary sector, private sector and local government.  Spending 10 years, up until 2008 as Executive Director at Sheffield City Council, responsible for neighbourhood regeneration, housing investment and adult social care which included overseeing the redevelopment plans for Parkhill.

Since 2008 she has been Chief Executive of Wakefield, a Metropolitan District Council in West Yorkshire with a population of 326,000. In response to the economic recession the council embarked on an organisational development and financial strategy called ‘Catalyst Council’ which has delivered over £70M of savings and service innovations including a PFI on waste management.

Despite the economic context Wakefield has seen the completion of major regeneration projects including Trinity Walk Shopping Centre and the Hepworth Gallery and in 2013 the opening of Wakefield One, the Council’s ‘one stop shop’ and new headquarters – significantly repositioning the reputation and economic competitiveness of the city, nationally and regionally.

Joanne has an MBA from Birmingham University, is a Fellow of the Chartered Institute of Housing (FCIH) and a regional council member of the Princes’ Trust. As a member of Leeds City Region Local Enterprise Partnership Board, Joanne has regional lead role for skills.  As the Regional Returning Officer she sits on the national electoral steering groups with the Electoral Commission and the Cabinet Office.  She is also a member of the National Housing Advisory Panel. Joanne was awarded an OBE in 2009 for her services to local government. In 2012 Joanne was awarded a Women in Business Award in Yorkshire and Humber. 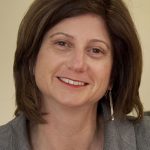 Merran McRae has been the Chief Executive of Calderdale Council since October 2012. She has a professional background in housing management and, more recently, social care, holding positions as Chief Executive at a Housing ALMO and Director of Adult Social Care within a Local Authority. She has also led strategic services focussed on museums and cultural services, creative arts, and leisure services, as well as organisational development and change programmes.

Merran has a degree in History and a Masters of Business Administration, as well as a professional qualification in housing and training and development. She has held positions as a Non-Executive Director in an NHS acute trust, and was on the executive council of the national Association of Directors of Adult Social Care (ADASS). She has also been a school governor.