A great opportunity for your listen to SIX representatives from London Local Authorities presenting their investment plans for the future.

In Association with:    Event Sponsored by:         Programme Sponsor:

Ben Denton is Strategic Director for Housing, Regeneration and Worklessness for Westminster City Council.  His portfolio includes the management of 21,000 homes including 12,000 social rented homes and overseeing rough sleeping, temporary accommodation, housing enforcement and programmes to provide routes to employment for local residents.  He leads the Council’s an ambitious £1bn housing renewal programme which brings together delivering new homes, improving retained homes, environmental improvements and social and economic programmes.  Prior to Westminster Ben had a number of private sector roles including KPMG and First Base.” 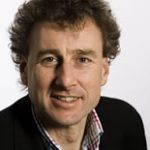 Pat has been Director of Regeneration & Housing with LB Ealing for the last 7 years during which time the borough has become one of the most successful in London at attracting in new development and transforming its public housing stock. Pat has been responsible for bringing forward the Dickens Yard development with the Berkeley Group, South Acton Estate with Countryside Properties and is now engaged in the delivery of Ealing Film Works with Land Securities and the evolution of the Council into a housing developer in its own right.

Before joining Ealing, Pat worked for TfL as Director of Borough Partnerships and prior to that, spent four years at Lewisham Council as Executive Director for Regeneration and Environment. Pat has also worked for 5 other boroughs during a twenty five year career in local government. Outside work Pat enjoys bike racing, horse riding and watching Leyton Orient Football Club.

Sir Edward Lister was appointed Chief of Staff and Deputy Mayor for Policy and Planning by the Mayor of London in 2011. IN this role he co-ordinates implementation of the Mayor’s priorities, strategy and policy work, and activities by the Mayoral Team. As the Mayor’s Chief of Staff he leads on GLA budgets and administration. In conjunction with the Head of Paid Service, he has direct responsibility for leading and overseeing operations in City Hall.

Sir Edward advises the Mayor on strategic planning applications and has oversight of the London Plan and Community Infrastructure Levy. He delivers the Mayor’s jobs and growth agenda in this area. Prior to coming to City Hall, Sir Edward served as leader of Wandsworth Council from 1992 to 2011. As the longest serving council leader in the country, he made Wandsworth the most successful value for money local authority in the country with the country’s lowest council tax charge and top satisfaction ratings from its residents (Place Survey 2009). He was honored with a Knight’s Bachelor in the Queen’s 2011 Birthday honors list.

As Borough Economic Development Officer at Wandsworth Nick Heads up an office which amongst many other things is bringing forward area based regeneration at the Alton Estate in Roehampton, is the sponsoring department for Nine Elms Vauxhall and works with the market to support the vibrancy and prosperity of the Borough. Prior to Wandsworth Nick was Chief Officer for Olympic Legacy at London Borough of Tower Hamlets, Director of the Hull and East Riding Housing Market Renewal Pathfinder and Head of Area Regeneration at the Places for People Group.