Tom Warburton is the newly appointed Director of Investment & Development at Newcastle City Council.  In this role he will manage the City Council’s Capital Programme and manage their planning & housing functions.  Tom has just joined Newcastle from the Homes and Communities Agency where he worked for four years delivering complex property projects in Lancashire and Cumbria.  Prior to that he worked for 10 years at the North East’s Regional Development Agency based in Newcastle”.

Fiona is responsible for attracting inward investment from business, encouraging science and technology-related companies to locate and grow in the North East. Integral to this is the successful delivery of Science Central, one of the UK’s biggest development sites, which will become a hub for science and technology related businesses in the region, supporting job creation, building aspiration and creating a Science City for the future.

Prior to joining NSC, Fiona held senior and director level posts in both the private and public sector, including with Royal Mail Group. After moving back to the North East she set up her own business consultancy making use of her extensive background in sales and marketing.

Fiona is a Specialist Lay Tribunal Member and enjoys voluntary positions as Chair of Northern Stage, as a Trustee of Vindolanda and as a member of the Common Purpose North East and Safe Families for Children Advisory Panels.

David has been a Director at igloo since 2002, having previously held senior positions at Bovis Lend Lease and Bucknall Austin in Manchester. He has over 25 years’ experience in the development, construction and facilities management industry. At Igloo, his responsibilities have included the development of Igloo’s Sustainable Investment Policy and the delivery of some of Igloo’s key regeneration projects including Bermondsey Square, London; Porth Teigr, Cardiff; Marshalls Mills & Round Foundry, Leeds; Port Dundas, Glasgow; and Ouseburn Valley, Newcastle. 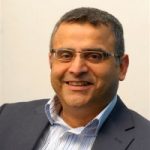 Naz has over 20 years’ experience in the housing sector. He began his career working to support homeless people in Leeds with a range of specialist support agencies including St Anne’s and the Leeds Shaftesbury Project (now Community links) before moving into the development function of social housing in 1994.

Having worked for North British as an Area Development Manager, he moved to Anchor Trust as Regional Development Manager for Yorkshire where he developed a number of retirement housing and extra care schemes across the region. In his 10 years at Anchor, Naz was responsible for a range of functions, including Supporting People contracts, Asset Management, Housing Services, Policy and Performance which culminated in him taking up the role of Chief Operating Officer for the Housing Service.

In 2005, Naz joined Northern Counties as their Investment and Regeneration Director at a time when NCHA were merging with the Guinness Trust where he sat on the Shadow Group Executive and was responsible for securing new business and managing the programme across the North before leaving to join Leeds City Council to head up the Round 6 PFI bid for Lifetime Homes.

He joined the former Housing Corporation in September 2008 as Head of Investment and has subsequently taken up the role of Head of Area for Leeds City Region and North Yorkshire at the HCA.

Naz is married with two children aged 14 and 12. His hobbies include walking, running and squash. He also has a keen interest in British politics. 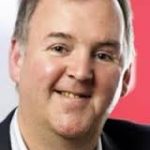 Chief Executive of Home Group, one of the UK’s largest social enterprises – with over 55,000 properties under management across Scotland and England and is the UK’s largest provider of Supported People services (eg Bail Accommodation, refuges for victims of domestic violence, homeless young peoples foyers etc) in England, Wales and Scotland in over 500 projects and working with over 36,000 individual clients each year.

Home Group has a turnover of some £340 million per annum and was voted the UK’s best Landlord and best Housing Association in the UK.

He has nearly 30 years of experience in regeneration and business support.

Mark is passionate about placing customers at the heart of any organisation, he previously ran his own business before joining Home Group, before that had worked with the RDA as Operations Director and a variety of regeneration and economic development jobs across the country in local government, most recently as Chief Executive of one of the largest County Councils in the country.