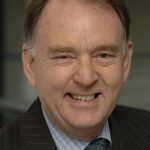 Since joining Manchester Metropolitan University in 2005 John has initiated a modernisation agenda involving a major capital programme of some £350M to rationalise from seven campuses to two.  He has led the development of the 2020 Vision for the University and has developed the concept of ‘The University for World Class Professionals’.  As a Board member of the North West Development Agency he has taken a particular interest in regeneration, environmental sustainability and higher skills to support economic recovery.  He chairs the Daresbury Science Innovation Campus Board, which operates the world class science facility for the North West.

One of his most exciting challenges is the conceptualisation and development of the new Birley Fields Community Campus for the University.  This new campus will promote strong community engagement in the Faculties of Health and Education, and will set sector leading standards for environmental sustainability aiming to become a ‘Three Zeros’ campus.

Mark has specific interests in sustainability and learning and work space design.

Prior to joining the University, Mark worked for the BBC in its corporate property department as Principal Development Manager, developing new broadcasting centres throughout the UK. Mark is a Chartered Engineer and completed his MBA in 2001.

Mark is Chairman of the Association of University Directors of Estates (AUDE). 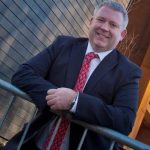 Steven Dickson is Director of Facilities at the University of Liverpool. He joined the University in 2009 from Iberdrola SA one of the world’s largest energy companies where he was Director of Corporate Real Estate having had responsibility for Estates, Facilities Management and Capital Projects across all UK operations.

He graduated from University of Paisley now University of West Of Scotland in 1990 with a BSc in Land Economics.(Distinction), he is a member of the Royal Institute of Chartered Surveyors and British Institute of Facility Managers.

With over 25 years experience in property he has delivered major estates /fm strategies, capital development and change management programmes.   He has delivered over £300m of capital projects including offices, educational facilities and infrastructure projects. He also recently managed the initiative to provide a Guide to Renewable Energy in Higher Education on behalf of HEFCE (Higher Education Funding Council in England), which provides a comprehensive reference guide to renewable forms of energy generation to help Institutions improve there knowledge and encourage grater adoption of available technology to meet their carbon reduction targets.

Diana Hampson; Director of Estates & Facilities; The University of Manchester 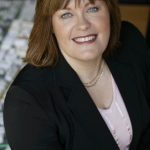 Diana Hampson is a chartered surveyor and has been Director of Estates and Facilities at The University of Manchester since 1997.

During this time Diana has steered the Directorate through the merger with UMIST in 2004 and has successfully delivered the most ambitious capital build programme in the history of UK Higher Education, creating new high quality facilities worth £650 million. The estate for which Diana is responsible comprises over 850,000sq metres of academic, administrative, commercial, and residential accommodation on 320 acres of land, mainly in the City of Manchester but also some locations further afield.

Diana is leading the £1 billion Estates Masterplan which was recently announced by The University of Manchester.

Diana is the north-west representative of the Executive Committee of the Association of University Directors of Estates (AUDE).