THREE of the West Midlands top Developers and the City Council presenting their development plans for the next couple of years! 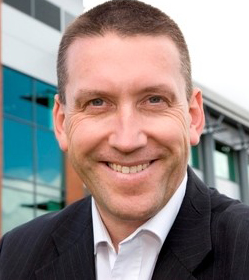 Bob Tattrie is well known in the Midlands property scene.  He graduated in 1982 from Birmingham Polytechnic with a Degree in Quantity Surveying and re joined Bucknall Austin, now RLB, where he had spent his year out.  He became a director of Bucknall Austin at the age of 25 and regional director, running the Midlands, in the late 1980s.  In 1993 he joined, as a director,  Alfred McAlpine plc and went on to become managing director of Alfred McAlpine Construction for half of the UK and established Alfred McAlpine special  projects and Alfred McAlpine Developments Ltd.  Due to the success of the development business he became full time MD of developments for the UK, with a very active development programme.  Following the takeover of Alfred McAlpine Plc by Carillion Plc in February 2008, Bob left to set up his own development company, Trebor Developments LLP, together with his former development director Mark Wright.  Trebor Developments is a third owned by Hortons Estate Ltd., one of the largest Midlands property companies and Trebor/Hortons undertake many Joint Ventures together.

Sharon has been with Birmingham City Council since 1996 holding a number of positions across economic development, housing and regeneration.  She has worked on a number of national regeneration programmes including New Deal for Communities and the Housing Market Renewal Pathfinders.  Currently Sharon is Assistant Director for Regeneration, part of the City Council’s Planning and Regeneration Service structured to deliver an integrated approach to attracting investment and encouraging quality development for Birmingham. Sharon is the champion for Birmingham’s six Economic Zones, one of the City’s drivers for growth and investment. 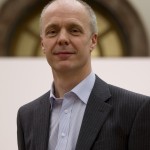 Rob Groves, Senior Project Director with Argent has over 25 years of planning, design and construction experience. Prior to joining Argent in 2007 he was an Equity Partner at a large multi-disciplinary consulting engineer practice. His experience includes mixed use residential, commercial, industrial schemes as well as major public sector infrastructure.

Rob has led schemes from feasibility through to planning, compulsory purchase, which includes expert witness work, detailed design and construction. Current Rob is responsible for Paradise Circus which is a joint venture with Birmingham City Council for a new development of up to 2 million sq/ft in the city centre. 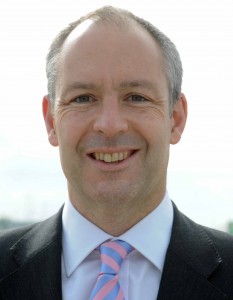 Having spent 13 years as an agent, first with DTZ then with JLL, Jonathan joined Miller Developments in 2006 to look after their office and industrial sector developments and investment portfolio in England and Wales.

Miller Developments was established over 50 years ago and is a division of the Miller Group, one of the UK’s leading property development companies. In the past 12 months Jonathan has led a team responsible for the pre letting and forward funding of over 1 million sqft of logistics space at Omega, Miller’s flagship out of town development in the north west.

In the Midlands he is responsible for the delivery of Arena Central which is set to be the next major office scheme in Birmingham City Centre with planning permission for over 2.1 million sqft of mixed use, office led development .  In his spare time he is a keen rugby coach and triathlete.