FOUR of York’s top Development Directors will be presenting their development/investment plans for the next couple of years!

Katie is Head of Economic Development for City of York Council, having been in her post since September 2011.

She is responsible for managing delivery of the York Economic Strategy, and specifically, leads on the attraction of investment into the city, from end users like Hiscox, as well as investment in key development sites and infrastructure.

She has key roles in moving forward projects like the Digital and Media Arts Centre for the city at the Guildhall complex and other key development sites across the city through developer and investor liaison, including York Central. Her team also coordinates business support, business engagement and inward investment in the city, as well as the city’s internationalisation strategy.

Previously, Katie worked in economic development at Leeds City Region Local Enterprise Partnership (LEP), where she worked to develop the current LEP Economic Plan. Prior to that, she worked in her native United States in the public and private sector. She has an MA from Columbia University in New York and an MPhil in Politics at the University of York. 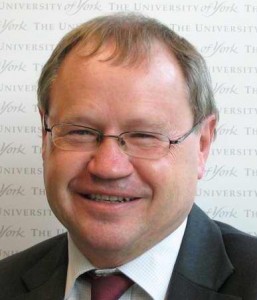 Jon Meacock has been the Director of Estates and Campus Services at the University of York since August 2010. Prior to this he was the Project Director for the first phase of the University’s £500m expansion on to Heslington East.  Before joining the University Jon has worked in both the offshore Oil and Gas and Railway industries.

Richard is Lend Lease’s  Head of Residential for the Development  business  where he oversees a portfolio of projects both within London and the regions of the United Kingdom.   Prior to this role, Richard was responsible for the  design and build contracts at the Athletes Village where his team were responsible for the delivery of   circa £400 million of projects  across the residential, education and health care sectors  across the London 2012  programme.

Richard joined Lend Lease in 2010 having previously been Projects Director for MACE international in the Middle East and Eastern Europe. During this time Richard was responsible for a number of major  signature projects in the residential and retail sectors notably the 96 storey Burj Al Fattan project in Dubai  and  Port Baku Residencies in Azerbaijan.  Prior to his time with MACE , Richard was a Director of a number of George Wimpey Plc business’s for over  10 years, where he was responsible for delivery for the mixed use business before been appointed Managing Director and establishing a new business sector for first time buyers. 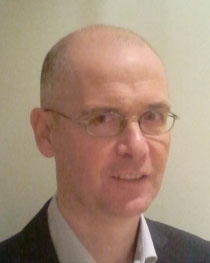 Mike is a Development Surveyor in Network Rail Property’s York office and has over 20 year’s experience of dealing with all aspects of the railway estate in the East Midlands, Yorkshire and North-East region.  Mike’s development experience includes work on the redevelopment and disposal of railway sites plus work on numerous projects at railway stations where he has worked with train operators to deliver better station environments for passengers, including Barnsley Interchange, Wakefield Westgate and Wakefield Kirkgate.  Mike now has a particular focus on enhancements at Leeds station and on the redevelopment of the Network Rail York Central site.