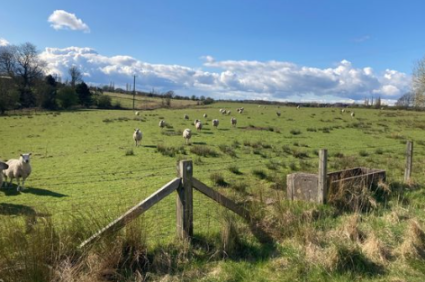 Plans to create a new £155m community in Wigan with a mix of homes including affordable housing, parklands, a transport hub and 200 new jobs have been approved.

The site will be built on greenbelt land.

Wigan Borough Council has given its second green light to Peel L&P’s masterplan at Mosley Common to proceed.

Peel L&P hopes to create a healthy living and sustainable community at Mosley Common with neighbourhoods centred around woodlands, watercourses, moss land and a new transport hub to improve connectivity and active travel.

Homes will suit families, down-sizers, older people with later living needs and a quarter of the 1,100 new homes will be affordable housing.

The travel hub would be developed in partnership with Transport for Greater Manchester to give residents easy access to the Leigh Guided Busway which runs through the scheme with commuter routes to Manchester and beyond. A new bus stop would be built too.

Space would be available in the travel hub for local retailers, community events and classes and a network of footpaths and cycleways would improve access to Walkden train station and the site’s overall links to key transport routes.

The development would also feature sports and play facilities and a new green corridor to bring ecological improvements to the area connecting people to nature and three new parks.

The public were invited to have their say on the masterplan back in March this year before it was approved by the council. In July Last month the decision was called in by the authority’s Scrutiny Committee to request more detail around transport, schools and local amenities.

Annabel Partridge, Peel L&P’s Associate Director of Development Planning said: “Our masterplan is a framework for the future development of Mosley Common which has been earmarked for new homes as part of Greater Manchester’s Places for Everyone strategy.