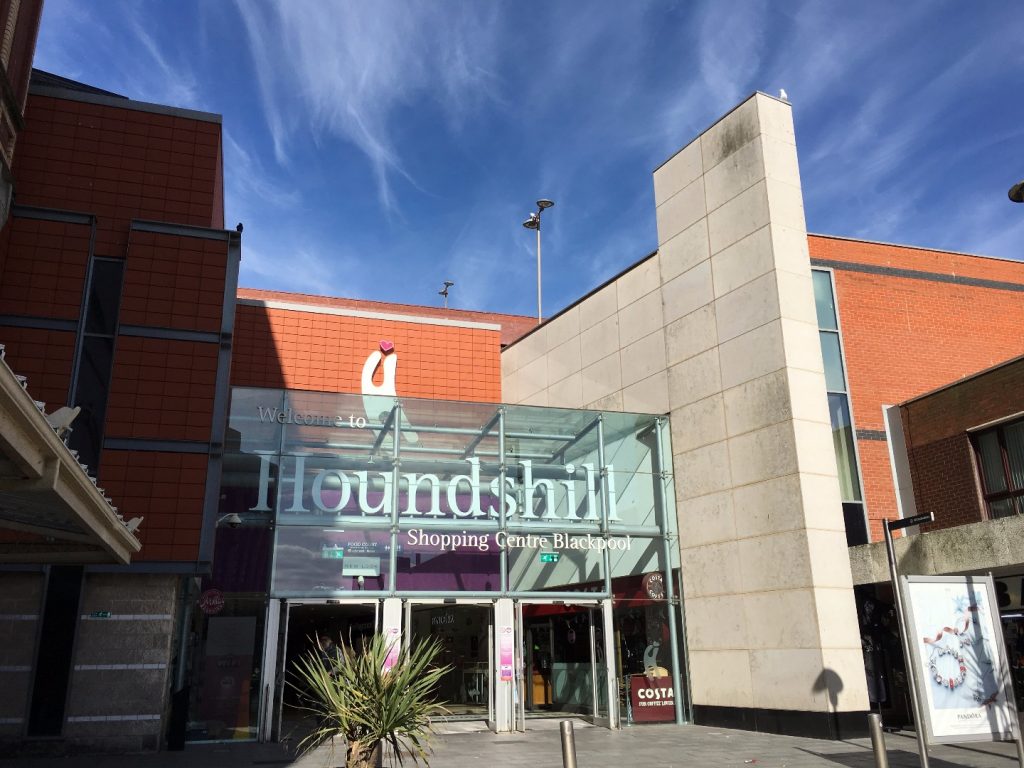 Blackpool Council has acquired the resort’s Houndshill Shopping Centre in a move aimed at catalysing the regeneration of the town centre.

The Council has been in discussions for some time regarding the future of the Houndshill with the previous owner of the centre, BCC Eiffel and its funders.

The Council decided to step in following the appointment of receivers who took over the running of the centre several days ago. It has agreed to purchase the centre for £47.6m – less than half the price originally paid by BCC.

With more than 60 outlets, including the Debenham’s department store, the Houndshill is the largest shopping centre on the Fylde Coast and situated in a key location in the heart of Blackpool town centre.

As part of the purchase, the Council will also take ownership of a 770-space multi-storey car park.

The acquisition will not only secure the future of the centre but will potentially facilitate investment in a Phase Two development of Houndshill that will include restaurants and a cinema, providing a significant boost for the night time economy.

A Blackpool Council spokesperson, said: “This is a hugely positive move for the town that will give us direct control over the Fylde Coast’s major retail centre.

“This acquisition will deliver a significant financial return to the Council but, more importantly, it will allow us to invest in a shopping centre that is fundamentally important to Blackpool’s future.

“Moving the centre into Council ownership will provide significant benefits to our town and our residents. At the same time, we have the potential to unlock up to £50m of investment in the town through the Future High Streets and Towns Funds, which will undoubtedly give further momentum to the regeneration of the town centre.”

The purchase of the centre was approved in principle by the Council’s Executive during the summer together with two adjacent shop units on Victoria Street which form part of the centre, but are under separate ownership.

Funding for the acquisition will be secured through Prudential Borrowing powers. The management company that operated the centre on behalf of the previous owners is expected to remain in place for an interim period until the Council has determined more permanent arrangements.

The Council spokesperson added: “The centre trades well with high levels of occupancy and the income streams are strong. However, the company that owned it was clearly not in a position to make serious investment and that could ultimately have resulted in a decline in the centre which would not be good for Blackpool.

“All of the expert advice we have been given says that this is a great investment for the Council.”