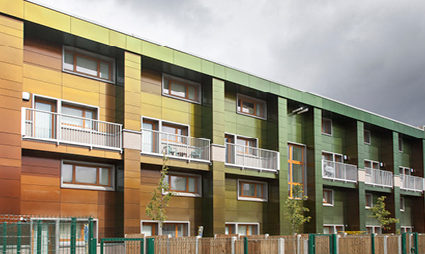 City of York Council plans to build more than 600 homes during the next five years.

Senior councillors heard the new housing will be carbon zero – in a bid to tackle climate change and significantly reduce fuel bills for future residents.

And Cllr Denise Craghill, executive member for housing, said she hopes the move will also set standards for private developers in the city – encouraging them to build carbon neutral homes.

Cllr Craghill said the plans are “very exciting and ground-breaking” for the city.

She added: “Our plans to develop zero carbon housing through a Passivhaus [rigorously energy efficient] approach is significantly above the standards being used by the vast majority of other councils and developers.

“Norwich City Council completed the largest Passivhaus development in the country this year, but not only are some of our schemes larger than this – we are going to exceed standard Passivhaus levels as we are committing to zero carbon housing which will include renewable energy production on site.

“Passivhaus homes are designed and built to be extremely efficient at retaining heat.

“Warmth from sunlight and heat from daily activities in the house is retained while fresh air is drawn in and circulated.

“This means that while radiators may be provided, residents are unlikely to need to use them very often.

“While construction is marginally more expensive than for a standard house, running costs for residents, whether living in affordable options or market sale homes, will be significantly lower.

“Energy bills are partly dependent on how someone chooses to live in their home, however, residents will see a massive reduction in heating costs compared to a traditional house.”

She added that the homes will have radiators but residents are unlikely to need to use them often because the building standard means the homes are good at keeping warm.

Other environmentally-friendly features could include solar panels, electric car charging points and energy-efficient and water-efficient appliances.

But the designs will be tailored to each development.

The effectiveness of the environmentally-friendly measures will be measured to monitor how the carbon zero homes are performing.

And the architects will focus on building “positive links” with people living in the neighbourhoods around the new developments.

The council is already planning to build homes at eight sites across the city – and has vowed that at least 40 per cent of the housing will be classed as affordable.

The executive meeting on Thursday heard that the local authority is also looking to develop council homes on a number of other sites – including York Central.

Cllr Michael Pavlovic, speaking at the meeting, raised concerns about the affordability of homes. He said: “Your report talks about a housing crisis in York.

“It’s more a crisis of affordability. This program is not addressing that crisis.

“A family with one full-time earner and one part-time earner on average wages [cannot] afford to rent a typical three-bedroom house in York.

“That’s a family of working people who can’t afford to live here.”

Cllr Craghill said the council will look at increasing the number of affordable homes on the sites, adding: “The housing affordability gap in York is a very serious problem and it’s certainly very high at the top of my priorities.

“I believe that the proposals in this paper are a very positive measure in the right direction.”