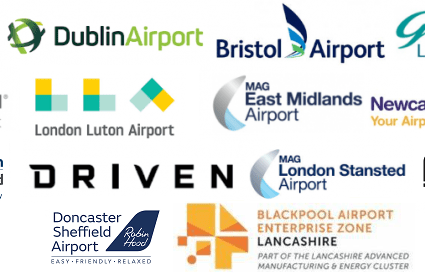 Airports will need to rely more heavily on incomes from developments such as Airport Cities as revenues from flight fees and retail declines the Development Director for Dublin Airport Lorcan Tyrell has said.

Speaking at our Airport Cities Development Conference in Manchester, Tyrell said that cuts to passenger landing charges from €9.50 to €7.50 were “unfeasible” for the airport: “We are in negotiations with our regulator and will await the outcome of the determination with in another six months’ time in November.”

“Ultimately this is one of the reasons why airport cities are starting to become so important, it’s becoming a race to zero for passenger charges across the world and we need to start thinking outside the traditional box and look beyond the traditional revenues we banked on historically.”

Tyrell added: “Anybody embarking on an airport city project would be well advised to build in a lot of flexibility inherent in masterplans. It’s not a failing for an airport city to have 20 or 30 masterplans [over the development lifecycle] it’s a strength to be able to adapt and change, and occupiers are key.”

“We are in an era where people work pretty much anytime and anywhere were all connected in any shape or form. Having an eye toward the future and not be too prescriptive can be an advantage.”

Tyrell added that revenues from car parking and retailing could also be expected to make up less of the overall airport income in the future. Noting “it’s important to build a sustainable future for ourselves.”

Tyrell’s comments come as several UK airports lay out their plans for future development both in the airport and in the neighbouring airport cities.

Jonathan Haigh, Managing Director of Manchester Airport Group (MAG) Property noted that traffic is a bottleneck for the airport. He said: “A big aspiration for the airport is to increase the transport modal shift. People miss planes because of traffic congestion, the roads are so busy they are not designed to cope with the amount of traffic they are receiving at the moment.”

Transport for Greater Manchester’s Strategic Development Director Liz Goldsby said that the city is aiming to deliver a range of upgrades to encourage a rise in the level of people using public transport to reach the airport, which currently stands at 16%.

She said: “Clearly what we have seen is the delivery of metrolink in the past couple of years, and not just metrolink but the second city crossing, it’s a key part of our agenda going forward. We are looking at tram train proposals. It is about working with partners such as Manchester airport group. It’s also around making public transport easier for people such as contactless technology and building accessibility.”

She added: “We have an innovation team looking at autonomous vehicles and looking at those opportunities about maximising how the capacity on the highway network. We are never going to get rid of the need for car travel entirely but it’s how you can make that sustainable and have the right capacity across the region.”

Passenger expansion is a key part of both Dublin and Manchester’s growth plans, with MAG planning to spend £1bn on a phase one of its development programme opening this year, with a long-term aim to reach over 40m passengers’ movements per year. However, investment in the airport infrastructure has come with added complications to usual development.

Mr Haigh said: “It is an unusual gig developing an airport terminal, it’s not like a shopping centre where you get an anchor tenant with a 25-year commitment. Airlines don’t give you that commitment. You have to really analyse the sector, who is buying the planes, what planes, where they are flying before deciding [on development]. It is not just a passenger numbers game.”

Mr Tyrell said that Dublin aims to increase its own passenger levels to close to 40m per year. “We have got a wider masterplan we are developing, we hit a low of 17m passengers in 2012, we are now at 31m and expect to go higher. We are capped by planning at 32m and have a plan to get that lifted. We have a masterplan of what 40m passengers will look like. We will be adding an extra third of everything onto the campus.”