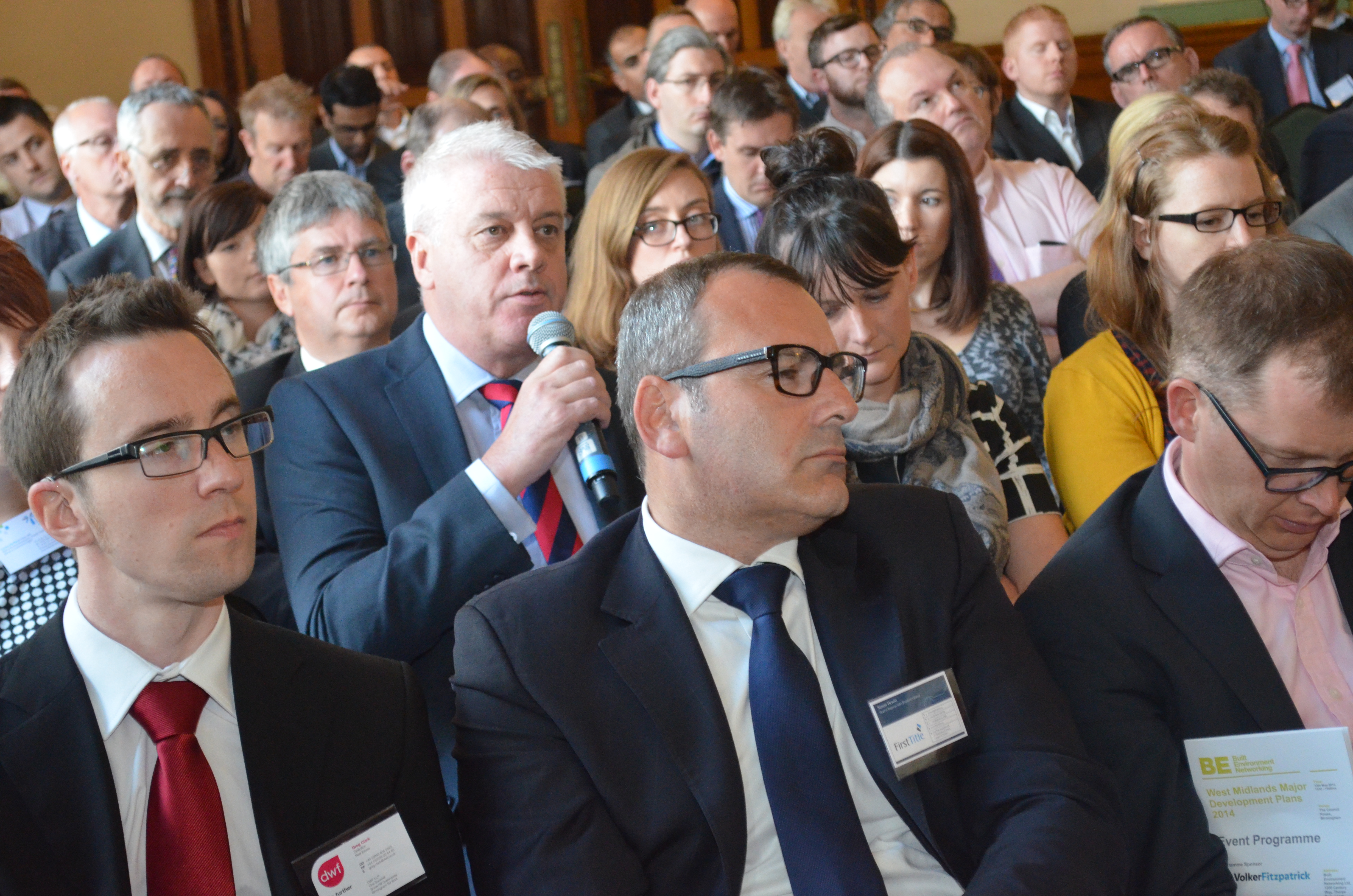 Two of Birmingham city centre’s ‘sleeping giant’ mixed-use schemes – Arena Central and Paradise Circus, together comprising up to 4.1 million sq ft – will start on site by the end of the year, according to the schemes’ respective developers.

Both Arena Central and Paradise Circus have been mothballed since the downturn, but developers ACD and Argent said they are committing to speculative starts on the first phases of each development soon.

Jonathan Wallis, development director at Miller Developments, joint venture partner in ACD, revealed Make Architects, the practice behind Birmingham’s distinctive Cube building, is working on detailed designs for the Arena 1 office element of Arena Central’s first phase, with a detailed planning application for the building set to be submitted later this month.

Demolition of existing buildings on site will commence this year, with construction of the seven-storey Arena 1 building scheduled to start in 2015 and complete in mid-2016, dependant on detailed planning approval.

Wallis said: “There is an office supply shortage coming up and from 2015 onwards we’re going to be in trouble in this city.

“There’s a big play for first mover advantage. If we can deliver an office building by mid-2016 we don’t think anyone else can do that. We want to be the first and we think we have the location and the product to be able to do that.”

Rob Groves, senior project director at Argent, said the developer will begin infrastructure works on phase one of Paradise Circus this autumn, with main contract works on the scheme’s first two office buildings scheduled to begin next year, dependant on detailed planning approval.

Groves said momentum is building behind Birmingham’s development sector: “When you look at the investment going forward in Birmingham [in terms of infrastructure and commercial schemes], this is probably the best opportunity Birmingham’s had in my working lifetime.”

Sharon Freedman, assistant director of regeneration for Birmingham City Council, said the authority is “planning for growth” with a series of planned infrastructure improvement schemes.

But Bob Tattrie, managing partner of Trebor Developments, warned attendees “not to get excited too quickly” about the recovery, adding: “It will not get better quickly, but it will gradually improve.”

He said there was potential for development growth in some areas, particularly where financial institutions are starting to invest outside London and also in replenishing the region’s limited stock of Grade A industrial space.

ACD is a joint venture between Miller Developments and Bridgehouse Capital, formed in 2004. ACD is behind plans for the 2.3 million sq ft mixed-use Arena Central scheme, spread across 9.2 acres to the south of Centenary Square in Birmingham city centre. The scheme has outline planning permission for up to 250,000 sq ft of retail, up to 300,000 sq ft of food and drink, up to 860,000 sq ft of Grade A offices, over 200,000 sq ft of residential, up to 700,000 sq ft of leisure and entertainment, an up to 450-bed hotel and 2,500 car parking spaces.

ACD wants to make Arena Central the “pre-eminent mixed-use scheme in Birmingham city centre”, according to Wallis. Wallis drew a distinction with the more office-heavy Paradise Circus scheme: “We want more than a bit of retail on ground floor, we want residential, we want urban living. We want the workers mixing with the retailers and mixing with the residents and our flexible outline planning consent allows us to do that.” The overall scheme will aim to deliver large office floor plates of 20,000 sq ft and over and a rental profile of less than £26 per sq ft.

Argent is developing Paradise Circus, a 17 acre mixed-use scheme in the heart of Birmingham. It comprises 1.8 million sq ft of space, incorporating Grade A offices in up to ten new buildings, a four star hotel with up to 250 bedrooms, road improvements, new public streets and squares, up to 550 car parking spaces and lower level shops, bars, cafes and restaurants. “The project has been talked about for several years,” Groves said. “But it is finally moving forward… Spring last year we felt, ‘right this is now real’.” The masterplanner is Glenn Howells.

Argent’s business plan is to develop “a building a year”, subject to market conditions. Each building will go out to architectural competition to get more variety and create “more of an urban city centre development”. While Argent’s plans are predominantly for office space “we’ve got to get the ground floor space to work,” Groves said. “That’s what makes the success of a place.” Argent is also “desperately trying to get some green space into the city”.

The UK’s second city is forecast to grow by 150,000 people by 2031 and will require 80,000 additional households and over 100,000 new jobs. BCC has launched a 2031 development plan that identifies opportunities to develop 51,100 homes, 270,000 sq m of retail and 745,000 sq m of offices over the period. Birmingham’s ‘Big City Plan’ for the city centre identifies opportunities to develop 12,800 new homes, 700,000 sq m office, 160,000 sq m retail within this central area. Major under-construction schemes include the £600m redevelopment of New Street Station and the £129m extension of the city’s Metro line into the city centre. Both are scheduled to fully open next year. Birmingham airport will complete an extension of its runway later this year, creating additional capacity.

“Our aim is to strengthen the city’s role as a visitor and business destination,” said Freedman. She added improving public realm and the city’s network of open spaces was another key priority for the authority. The city boasts the largest enterprise zone in the country in the city centre, which incentivises development through discounted business rates, simplified planning and UKTI support for inward investment.

Trebor Developments develops schemes across a broad range of sectors, mainly in the west and east Midlands and currently has a £150m development pipeline. The developer was formed at the start of 2008 by former directors of Alfred McAlpine. It is part-owned by Birmingham-based Hortons’ Estate Limited and does some of its schemes in joint venture with them. The developer has grown annually throughout the recession.

In the office sector, Trebor says out of town schemes remain difficult, but competitive deals are still available. The market will change slowly and Trebor does not predict real growth for several years. In the industrial sector, Trebor says inquiry levels are increasing steadily, particularly as there is almost no supply of existing Grade A industrial space. The speculative industrial development sector will revive in some Midlands locations over the next 12 months, Trebor says. In the retail sector, Trebor says the out of town sector is growing again for schemes aligned to key brands, whereas the High Street is “still very challenging”. Trebor says the retail market will grow over the next two years “but location is king”. Trebor says the budget hotel, science park and car dealership sectors all show signs of growth and the health sector is expected to come back from next year.