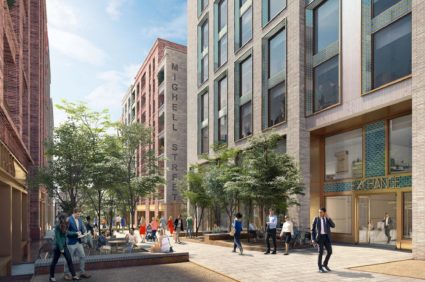 More than a billion pounds in investment and development will revitalise Brighton & Hove in the coming years as the city region is totally transformed.

Over recent years the city has been at the centre of some exciting development projects – and that trend is set to continue as the seafront is in line for a new £500m vision – including a new 10,000-seat entertainment venue and thousands of homes set to be delivered – all of which will be on the agenda at our South Coast Development Conference.  The local newspaper The Argus has compiled some of the most impressive schemes on the agenda…

The seaside resort is set to upgrade their seafront with a new 50-metre swimming pool and a thriving business area which have been given temporary planning permissions.

The proposed project is on the agenda to be brought forward – with initial plans for the development to open in 2025 but those leading the project are now looking to bring this forward to as early as 2020.

Plans include a one and two-storey movable modular buildings with a first-floor deck, intended to provide space for events alongside mixed-use such as shops, cafes, restaurants and offices with 39 business units in total.

Several firms are involved in bringing the scheme forward including QED Properties and Copsemill Properties.

A former fruit and veg market is being redeveloped by U+I Group who’re working in partnership with Brighton & Hove City Council to delivery 142 new homes and 450 student bedrooms on the 2.4-acre site.

The scheme also includes 30,000 sq ft of office space and 14,000 sq ft of space to be allocated to The Dance Space. This new area will be run by the South East Dance Company who aim to create ” a vibrant new home for dance in the South East.”

Designed by shedkm and TP Bennett the development will be completed mid-2020 and will contribute an additional £200m GVA to the local economy over the next ten years. Contractors for the scheme as Henry Construction.

One truly impressive scheme is the development at Brighton Marina – where 1,000 new homes are proposed.

Covered at our recent event in Brighton the plans were recently revisited for Phase 2 of the project – but with architectural and design practice Squire and Partners involved they’ve upped the proposed size of the scheme.

The tallest landmark tower will be up to 28-storeys in height alongside eight other buildings ranging in heights. They’re hopeful construction can start in the next 2 years for the project – which will include landscaped public spaces which will “knit into the development emerging to the north of the marina.”

As we reported several weeks ago there are plans to revitalise Black Rock – and the first steps in this exciting project have been taken.

Plans here propose that Brighton Centre should be knocked down and the space made for a 10,000-sear arena at Black Rock, an area which has remained derelict for a number of years.

Brighton & Hove City Council will be revealing further details at our South Coast Development Conference about this and many other projects.