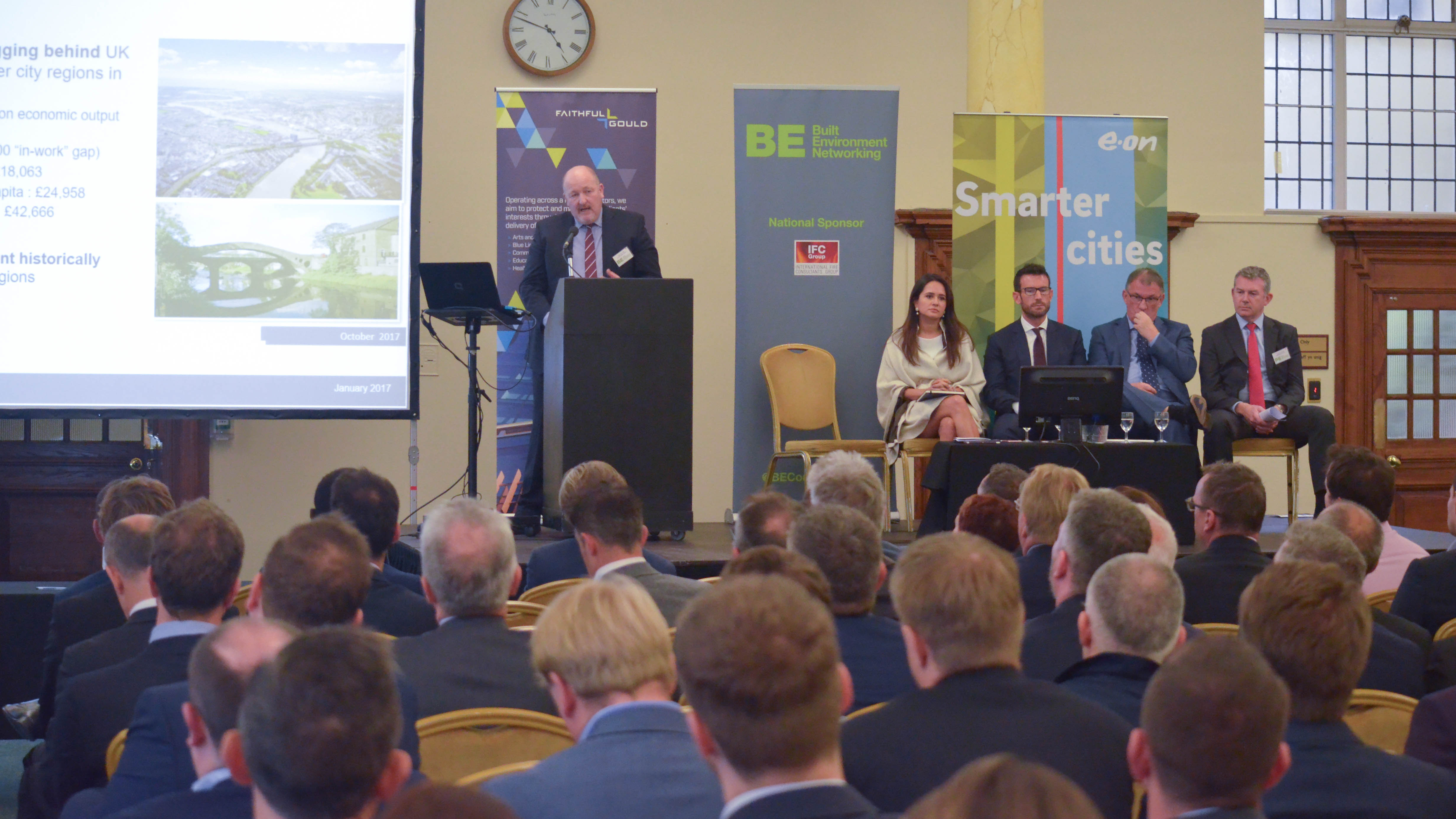 Cardiff’s speculatively built Central Square has set a new standard for development in the Welsh capital, the city council’s head of economic development has told a Built Environment Networking event.

Ken Pool highlighted the scheme, which is located between the Principality rugby stadium and the city’s mainline railway station, at BEN’s Cardiff Development Plans event earlier this month.

He said: “It’s unique in terms of the level of private sector investment and the amount of speculative space it has brought in: it’s set the standard for creating a whole environment for business and attracting staff.”

“The project only started three or four years ago with the idea that it would take 12 years. It’s going far quicker than ever thought.”

By the time the Legal and General backed scheme had been fully developed, Widnall said the site would accommodate more than 1m sq ft of development.

He said No 1 Central Square had been Cardiff’s first speculatively developed 100,000 sq ft plus office building to be fully pre-let in decades.

Widnall said that 150,000 sq ft of offices and studio space for the BBC was six months from practical completion and due to open in 2019.

He said that 2 Central Square, a 150,000 sq ft block that has been pre-let to solicitors Hugh James and Cardiff University’s school of journalism, was due to be ‘wind and watertight’ by the end of the year.

Widnall also said that Rightacre hoped to be on site soon with the final piece of the Central Square jigsaw – a new interchange containing private rented housing and offices.

He added that the company’s architects are working up plans with for a 2.5m sq ft development on the south side of the Welsh capital. The South Side scheme would be delivered over 10 years, containing a greater mix of uses than Central Square including hotels, shops, food and beverage and possibly educational uses.

Cardiff council’s Pool said the new multi-purpose indoor arena planned in Cardiff, which is due to start on site next year, was one of the authority’s top development priorities in the city.

He said that the project, which will cost an estimated £110m and take two years to build, would hopefully attract £200m worth of investment into the surrounding area on the back of the million visitors it hoped to attract.

“It will enable us to attract Category-A entertainment acts and major conferences,” he said.

Pool said that work was also advanced with port operator ABP on preparing Cardiff Bay as the transatlantic stop for the round the world Volvo Ocean Race next year.

He said that the new facility, which he hoped could also be used for future sailing events, would contribute to the future regeneration of Cardiff Bay as a leisure destination.

Cllr Peter Fox, vice-chair of the Cardiff Capital Region cabinet, said that key priorities for the partnership included approval by the end of next February from all ten of its ten constituent councils for the city region’s five year strategic business plan.

He said: “Until we do, we can’t unlock £120m of investment. We’re confident that we can get this through so we can push through key investment proposals.”

She said that the building, which is located next to the rugby stadium, would contain a number of concept stores that could be rented by fashion labels on, affordable, short-term, flexible leases

She said that the scheme matched the changing demand for shopping space.  “The future of retail will be about smaller and smaller units.”