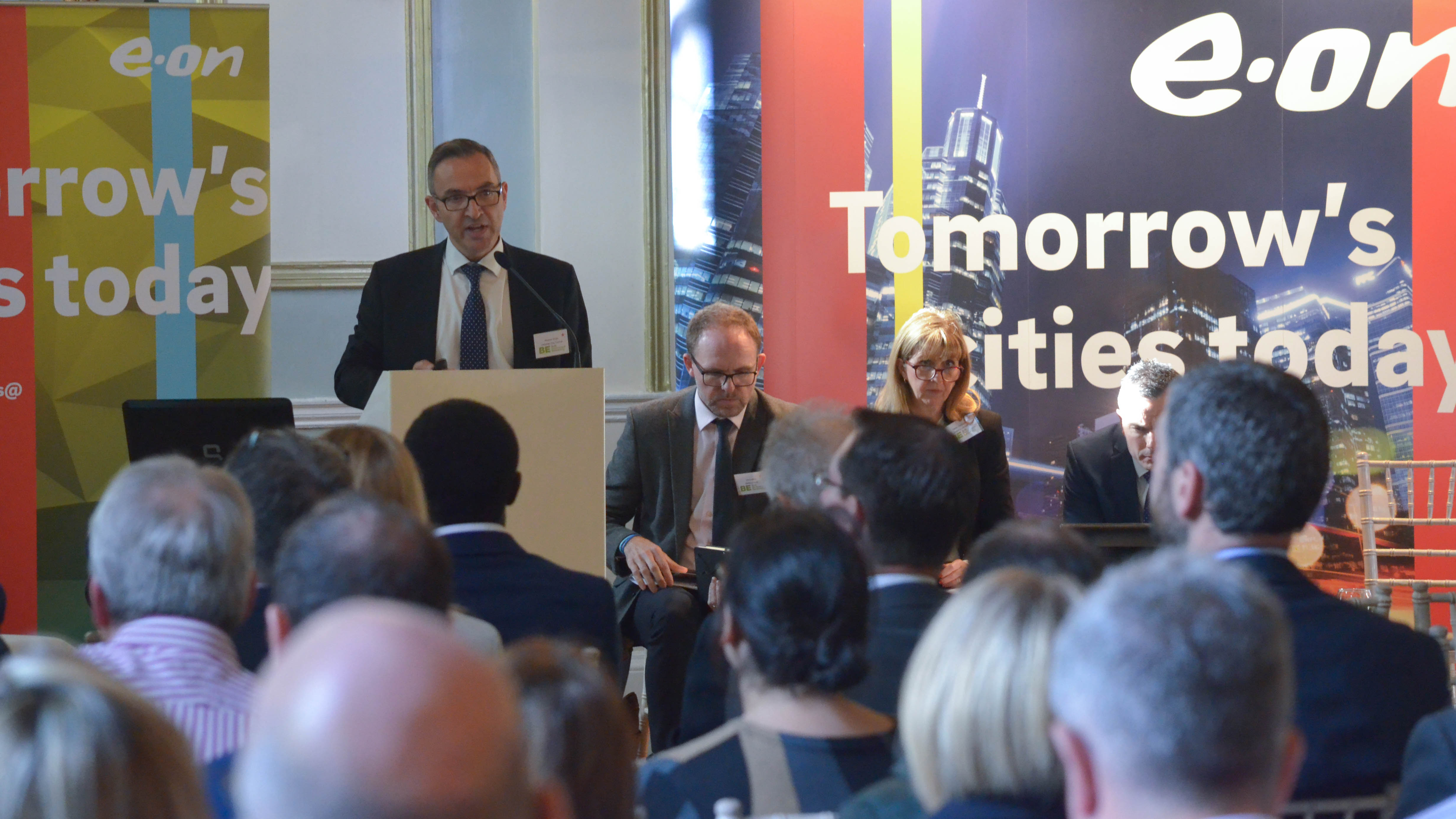 China’s most senior UK inward investment official in the UK will be heading a 25-strong delegation of the country’s businesses to Leicester next month (October).

Andrew Smith, director of planning transportation and economic development at Leicester City Council told the BEN event that the ‘huge amount’ of development, which taken place in the city in recent years, was set to accelerate.

This city centre development included Leicester’s first major private rented sector development on the former All Saints Brewery site at Vaughan Way, for which Smith said a planning application has been submitted.

He also said at the BEN Leicester Development Plans event that there had also been progress on the Waterside area, a 16-ha site, which he described as ‘the biggest area of focus for regeneration in the city’.

Smith said the conversion of a listed mill for workspace use in the waterside had stimulated the construction by Watkin Jones of a 650-unit student accommodation development, which was fully occupied and for which the original masterplan was drawn up in 2002.

He said the next phase of Leicester’s waterside regeneration programme was a piece of land sandwiched tween the A50 and the River Soar, where Keepmoat had been selected as development partner to bring forward 350 units.

Smith said that the council, which had already acquired 90% of the site and was now waiting for the result of compulsory purchase inquiry to complete its assembly.

And he said that the former Great Central railway station, built to serve the long defunct main line railway that had terminated at London Marylebone station, is being brought back into use for food and drink.

And Smith said that wealth manager Mattioli Woods had returned to the city centre from the out of town Grove Park.  “We are starting to see a drift back in, which is bucking the trend,” he said.

Mark Garrity, senior development manager at Kier Property, said at the event that work was starting last week on the company’s plans to build a new retail park at South Wigston. He said Wickes and Lidl had let the two units on the site, both of which should be open by the summer.

Brita Sread, director of estates and campus services at the University of Leicester said that the construction work on the first phase of the institution’s estate redevelopment plan, which will involve moving its business school into a listed building, will begin in February next year.

She also said that the university had submitted a planning application to the council for the £20m upgrade of its student union building, which is due to complete in 2019.

Sread said that the university was hoping to announce a preferred bidder over the next few weeks for its new teaching and learning centre, where it is hoped that work will start on site early next year.

And she said that the university had plans to create incubator space on the site of the city’s former Astra Zeneca building.

Chris Miller, director of development at Midland Heart said that the Birmingham headquartered housing association was increasingly active in the east midlands. Its projects included a package of three sites in Leicester which it was bringing forward in a joint venture with Westley Homes, 50% of which will be subsidised affordable homes.

He said the biggest site was the Sock island redevelopment of the site of a former hosiery factory, which its former owners Wolseley had moved out of in 2004.

He said that Westley and Midland Heart were bringing forward 188 new mixed tenure homes on the site, together with 125-dwelling scheme on the former St Mary’s allotment.