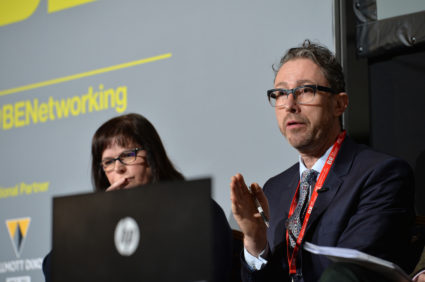 The South Coast region, stretching from Bournemouth to Brighton is a core economic region of the UK, yet lacks any major devolution deal.  An attempt to create a Solent Combined Authority, bringing together Southampton, Portsmouth and Isle of Wight was rejected in 2018.

Geoff Raw , Brighton & Hove City Council, Chief Executive, speaking at the South Coast Development Conference expressed positivity about the proposal and issued a call to action:  “Certainly I think we can work harder in getting a South Coast decision”

He continued: “My view it has to be infrastructure related as its a common theme”

These comments were echoed by Matthew Charnock, Strategic Development Director of Vistry Group, gave a private sector perspective on the issue of devolution: “Infrastructure crosses district boundaries, there really does need to be something that’s consistent and that runs along the South Coast.”

“We will invest in sites that work along these corridors”

Vistry Group, a merger of Bovis Homes, Linden Homes and Galiford Try partnerships have been working in the South Coast Region, building 3,500 homes at North Whitley,  Channock said “Public-private working together, we invested in a scheme and you get those  positive outcomes”

Solent LEP provided £40m of funding to enable infrastructure for the development and unlock the site.

Anne-Marie Mountifield, Chief Executive of Solent LEP, reported on the progress of the project, she said: “There will be new occupants in houses at North Whitley starting in 2020.”

Mountifield expressed positivity towards the future of devolution, She said “I think there’s some really interesting developments in the space, we can see from the government agenda there will be a devolution white paper”

“We’ve seen the emergence of the Western Gateway to compliment the Midlands Engine and Northern Powerhouse.”

The notion of South Coast becoming a brand like the Northern Powerhouse either instead of or to compliment a conventional devolution agreement was a key aspect of the discussion.

Mountfield described this process as “It’s very much about setting some sort of pen portrait to allow people who are far away to see what defines the distinct.”

Simon Sweetinburgh, Director of Regeneration and Investment at the Department for International Trade said that he had seen the transformative effect of devolution : Certainly in those areas they value what they manage to achieve through this and the sense they get a bit more autonomy.”

He praised the “level of ambition” on the South Coast, and that it gave a defining characteristic for the region.

Devolution for the South Coast will provide a vehicle to bring new funding into the region, which will only become more important. Whether it is a more loose association, or a combined authority, or devolved body