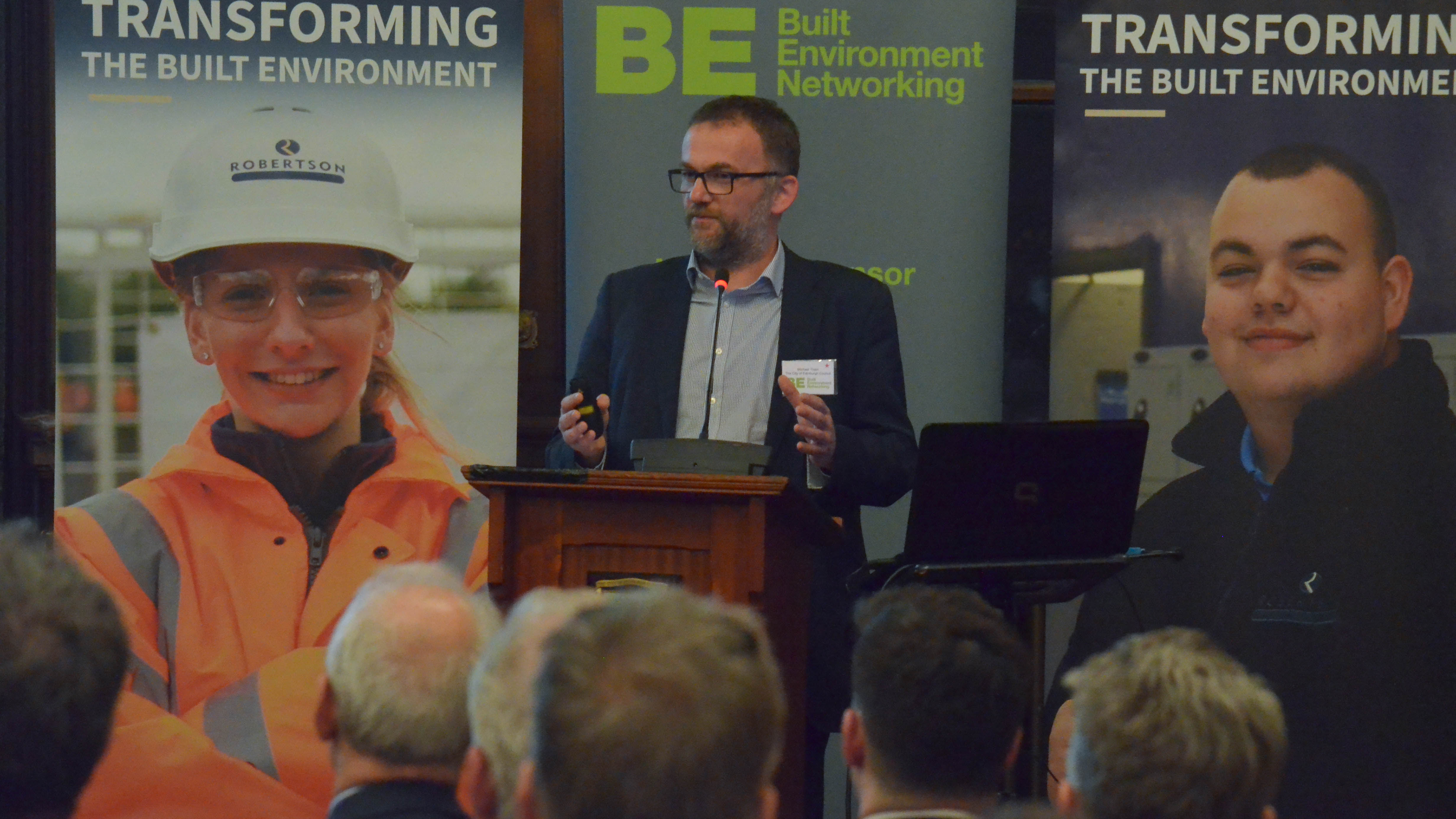 Edinburgh Council is examining ‘ambitious plans’ to revamp the public realm of the Scottish capital’s city centre. Delivering the opening keynote at our Edinburgh Development Plans Conference, the authority’s Head of Place Development Michael Thain said the city was in the middle of a building boom.

He described the £3bn worth of projects under way in the city centre as the ‘most concentrated amount of development and investment of any urban centre in the whole of the UK’, but stressed that the centre’s choked public realm was ‘not fit for purpose’.

The council’s recent acquisition of the former National Grid site in the waterside area of Granton, which has the capacity for 1600 new homes, ‘gives a message about a commitment to develop’ accordingly to Thain.

He added that their support for efforts to promote the city’s inclusive growth includes plans for its recently established housing company to invest £250m over the next five years in building and acquiring mid-market and market rent homes.

Gillian Lavety, Development Director at the Sanctuary Group Scotland, said the housing association is preparing to embark on its first market sale properties North of the border.

These include the regeneration of Glasgow’s former Victoria Infirmary, where Sanctuary is bringing forward 413 residential units including 135-social rent and shared ownership homes. The group are anticipating a hearing this month (May) with Glasgow City Council’s planning committee about the site application, which retains the infirmary’s prominent Nightingale pavilions and listed administration block.

Lavety said the association is also just about to finish the final phase, containing just over 200 units, of its regeneration of the Anderston area in Glasgow city centre. The five-phase scheme replaces nearly 500 low rise, 1960s flats, which were transferred from Scottish Homes more than a decade ago.

Lastly she said Sanctuary Group Scotland are half way through the regeneration of 12 high rise blocks in Cumbernauld, all but three of which have been demolished.

Jestyn Davies, Managing Director of Murray Estates, revealed that the company is awaiting a decision by the Scottish Government on whether it has won consent for the first phase of its new Edinburgh Garden District.

He said that a recommendation to the Scottish Government is ‘imminent’ from a report, the term for planning inspector in Scotland, on Murray’s application for 1350 homes at Redheughs Village.

Redheughs is set to be the first of five to six new villages, which will be developed on 700 acres to the west of Edinburgh, under Murray’s masterplan for the 6,500-home garden district.  Murray Estates are in ‘advanced discussions’ with three volume housebuilders and one major affordable homes provider to deliver the project.

The district is well integrated into the city’s transport network with five tram stops within easy reach.

Davies said of the project: ‘’We are not some new Eco Town sitting in the middle of the countryside. We are bolted onto the city, which allows us to grow more quickly.’’

The scheme is close to employment centres housing more than 25,000 jobs with more in the pipeline on upcoming developments at Crosswinds and Edinburgh Park.

Davies also told the event that Murray Estates is in the ‘early stages’ of looking at the creation of a new village near Edinburgh’s Heriot Watt-University, containing up to 3000 new homes, of which a quarter would be affordable and key worker properties.

Clive Wilding, Director of Artisan Real Estates, said the company is due to hand over its New Waverley development to the Cabinet Office in June 2019, and he outlined his company’s plans within Glasgow.

Part of the plans include the restoration of Glasgow’s crumbling Georgian Custom House, which occupies a prominent Clydeside site in the city centre, which they hope to convert into two hotels. The scheme for the Grade A structure also involves securing permission for the demolition of three neighbouring tenement buildings.

And Mark Hamilton, Group Architectural Director of Springfield Properties, outlined his company’s plans to deliver around 10,000 new homes in five villages across Scotland.