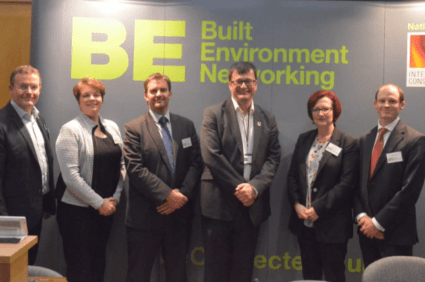 The term garden community should not be watered down to a promotional tool for housing development, Essex council’s heads of planning has told a Built Environment Networking conference.

Nicola Beach, executive director for infrastructure and environment at Essex County Council, said at last week’s BEN Harlow and Essex Development Plans conference that planned garden cities and towns should abide by a set of quality benchmarks. “There are some true principles of garden communities that must be held to and not just used as a promotion point,” she said.

Essex is working with the Places for People housing group to deliver a new garden town at Gilston Park, which will form an urban extension to the north of Harlow. The conference heard that a public inquiry into the 10,000-home development, of which 8,500 are due to be built on PfP’s land, was in its ‘final throes’. Beach said Essex had set up a garden town board to ensure that the development of key housing sites in the county, including Gilston Park, are coordinated with supporting infrastructure.

She also told delegates that preliminary designs were being drawn up for improvements to junction 8 of the M11 for which Essex have been awarded over £4m from the Department for Transport. She added that junction 7a of the M11 was also a ‘high priority’ for the council.

Jon Clempner, leader of Harlow council, told delegates that the authority had held ‘extremely encouraging conversations’ with the government about additional infrastructure investment in the new town.

The main constraint on Harlow’s growth was infrastructure, particularly the capacity of the town’s Princess Alexandra Hospital, he said: “We recognise that if we are to achieve housing growth, we need investment in infrastructure. We are having extremely encouraging conversations with the government and the Homes and Communities Agency in Harlow and hope to make interesting announcements in the near future.”

Clempner said the post war new town needed to grow in order to meet not only its own housing needs but to achieve a ‘critical mass’ of development. “Harlow is just a bit too small to attract the investment in infrastructure and retail,” he said. “With the Places for People development and other developments we will get to the right critical mass that will attract other investors to the town centre.”

But Clempner said that Harlow was already on track to create ‘several thousand’ jobs over the next few years thanks to a series of developments, including Public Health England’s move to Harlow where it will take over premises formerly occupied by pharmaceuticals giant GSK. Clempner said the development, which will bring 2,700 jobs to within the next five years by consolidating the public heath agency’s existing sites in London and Wiltshire, will also attract world class bio-science to the town.

He said that Harlow’s bio-science credentials would be further embellished when the new KAO data centre, which is located in Harlow’s enterprise zone, comes on stream next year. “Bioscience is incredibly data led and having that world class data capability in Harlow is incredibly important,” said Clempner.

Alistair Andrew, director of planning at Stansted Airport, told the event that the airport had sufficient runway capacity to accommodate an additional 18 million passengers per annum before Heathrow’s long delayed third landing strip is due to be completed. Stansted has applied for permission from the government to lift the cap on its annual number of passengers from 35 million to 44.6 million.

In order to accommodate these extra passengers, Andrew said Stansted had submitted a planning application for a new £230m arrivals building. The new building would allow the existing terminal to be turned into a dedicated departure facility and restore the uncluttered feel originally intended by its architect Lord Foster.

Andrew Taylor, head of planning at Countryside Properties, said that the housebuilder was “not quite there yet” on bringing forward a new railway station to serve its new urban extension of Chelmsford. He said the station, which is part of a Housing Infrastructure Fund bid submitted by Essex and Chelmsford, would improve the public transport connectivity of the 3,600 home scheme for which Countryside has already secured outline permission.