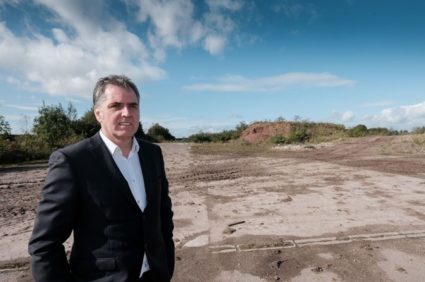 Melwood, Liverpool FC’s former training ground, a disused brickworks and a former pub in St Helens are among 15 newly-identified brownfield sites across the city region, that will share more than £23m in funding to enable more than 1500 new homes to be built.

The sites have been identified as part of Mayor Steve Rotheram’s plans to tackle the housing crisis, which will see a total of £60m invested from its Brownfield Land Fund to remediate land to build at least 4000 homes.

Steve Rotheram, Mayor of the Liverpool City Region, said: “We are specifically targeting brownfield sites to help protect our precious green spaces from over development – turning once-forgotten areas back into thriving communities.

“I want everyone in our area to have the chance to realise their home ownership ambitions – to get their foot on the property ladder and invest in their future.

“Yet, for too long, achieving that dream has been out of reach for many of our residents who have been forced to contend with a broken housing market, that simply doesn’t work for them. Thanks to devolution, we are working to put that right by investing £60m into to open up a pipeline of 4,000 homes across our six boroughs by ensuring that there are suitable sites for development.”

At its meeting on Friday 18 November, Liverpool City Region Combined Authority approved in principle funding for the 15 sites, subject to due diligence.

A revised scheme for the former Taskers site, off Wavertree Road, being developed by Ion, was approved.  The revised scheme now submitted for planning has 193 units and funding of £2.9m was approved, representing an increase of £1.01m and an additional 67 housing units from the initial ask.

Since the original Brownfield Land Fund was announced in July 2020, the Combined Authority has already agreed plans to invest £29m in 16 projects across the Liverpool City Region, which will deliver 2445 homes.

In planning terms, any land that has been previously developed is classed as brownfield.  In the Liverpool City Region, much of this land is derelict and formerly industrial so must be cleaned up before it can be redeveloped.

The Combined Authority investment will be used for site remediation and other measures required to make sites ready for development.

In total, 700 brownfield sites have been identified across the six local authorities of the Liverpool City Region. The updated brownfield register identifies 1,813 acres of brownfield sites which could provide space for more than 42,000 homes, if remediated.

Councillor Graham Morgan, Liverpool City Region Combined Authority Portfolio Holder for Housing and Spatial Framework, said: “We are determined to ensure there is a great choice of high-quality homes, right across the city region, as part of our ambitious plans to ensure that we tackle the housing shortage.  Building on brownfield sites is at the heart of that process – after all there are around 700 of them with enough space to build 42,000 homes.  The developments in this new pipeline are a great mix of schemes offering a wide range of different housing types.  We need to ensure that, across our city region, we are building homes to suit everybody.”