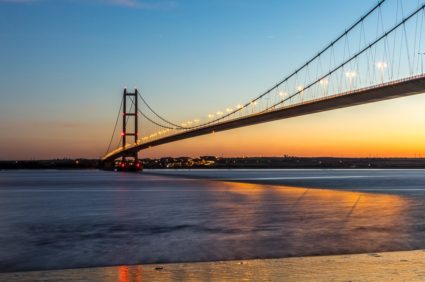 Associated British Ports (ABP), which led the successful bid for the Humber region, now hope its plans for redeveloping a 453-acre site to the east of Hull will gain local support.

The Humber International Enterprise Park near Hedon has been earmarked as one of the new locations for the Humber Freeport – the others being the ports of Goole, Immingham and Grimsby – and ABP’s plans include building more than 400,000sqm of new facilities although their planning application, currently lodged with East Riding Council, was deferred last month.

However now Freeport status has been secured, Simon Bird, regional director at ABP, is planning to use the support of the four Humber local authorities – East Riding of Yorkshire, Hull, North and North East Lincolnshire – alongside both LEPs and partnering businesses across both banks of the estuary, to drive the project forward.

He said: “As an initial first step, a new governing board will be created, made up of representatives of the various local authorities and Local Enterprise Partnerships as well as from a collection of interested private businesses. We hope the freeport will be up and running before the year is over and delivering on bringing new jobs to the Humber from 2022.”

The Humber currently accounts for 23% of all goods travelling through English ports, adding £7.6bn GDA to the UK, and supports around 35,000 regional jobs.  Alongside access to Humberside Airport, the A1, the East Coast Main Line and food clusters in the south, Greater Lincolnshire’s ports and logistics sector also accounts for more than 25% of UK rail freight, connecting to the major energy and manufacturing providers in the North.

However the decision for the Humber is most critical for its off-shore wind industry although it will also prove vitally important to the future of Scunthorpe-based British Steel, which will now have a competitive edge once the Freeport is up and running by the end of the year.

Humber LEP chairman Steve Parnaby said: “The way the private sector came together to lead the development of a compelling Humber Freeport bid, backed by the LEPs and local authorities, was truly exemplary and I am sure it will now lead to some impressive results.”

BUSINESSES located within the freeport zones will benefit from having no tariffs to pay on imports and exports unless they are exported into the UK. Other major benefits include tax breaks, including no stamp duty, full rebates for construction and machinery investment and five years of zero business rates.