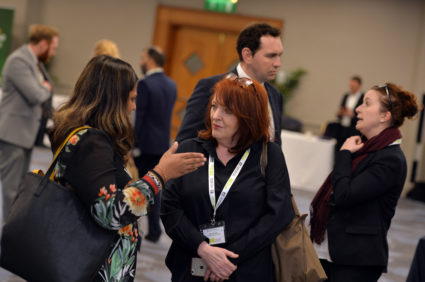 £2bn of GVA, triple the cargo capacity, and 20,000 new jobs could come as a result of an expansion of Gatwick’s airport capacity, the recent South Coast Development Conference heart.

This would not require any new runways to be built, Gatwick is currently the second-busiest airport in the world to run a single runway, but it has a secondary runway, currently only used for taxiing and when the main runway is not running.

The proposal therefore is for runway alterations to allow the northern runway to run for routine outbound flights.

Gary Cobb, Head of Airfield Planning “said: We have consulted on our Masterplan and we think this will lead to 20m new passengers.” In addition to their planned expansion, they have made moves to “secure new land to the south for a third runway if the government changes it mind on heathrow”, according to Cobb.

Sustainability is a key consideration when discussing airport expansion, as aviation is a significant contributor to carbon emissions, and may become one of the biggest contributors going forward.

Cobb highlighted the progress that has been made within Gatwick: “We were the first UK airport to achieve carbon neutrality, that is the operation of the airport itself.”  He admitted that “electric planes are probably quite a long way off” but, he also suggested that fuel improvements could be an effective method, such as switching to an ethanol mix, as has been trialled by Virgin Airways.

Gatwick is also receiving a new £150m rail station, Cameron Burn, Director of Network Rail said they were  “Investing heavily and working with our colleagues at Gatwick.”

Rail connectivity from the South Coast to London is also set for an improvement, Burns said:  “Selhurst triangle is the biggest bottleneck of all, flat junctions, there’s a lot of trains waiting stationary, we are hoping to introduce 8 grade separations to allow trains to flow.”

Another airport due for growth on the South Coast  is Bournemouth International Airport which has received £45m investment from the Bournemouth, Christchurch and Poole Council (BCP) and Dorset Council via the Local Growth Fund. The expansion aims to unlock the land around the airport for commercial development to bring £500m in GVA, which will facilitate 350 new homes.

Chris Sheppard of BCP council revealed the potential economic benefits of the development, he said “We have at least three planning applications in the midst to hopefully grow around 10,000 jobs.”

They are also planning a major regeneration of Poole town centre, through the £132m Heart of Poole scheme, for 400 homes, as well as new offices, leisure centre, bus station and public realm.

Ben Earl, Head of Water Efficiency at Southern Water said they were “looking at how we can have more of an integrated water environment.”

They are keen to help encourage more sustainable water usage through their target 100, to reduce daily consumption to 100L per person per day, Earl said: “We’re having to look at desalination plants, they are not what we want to build, it would mean our customers bills are going to go up.”

Developing sustainable transport in the South Coast is incredibly important, Megan Streb, Partnership Manager for the South of England with Sustrans said “Over 80% of the public space in urban areas is the road network, we need to think how that space can better serve the need of the public.”

Streb cited research that said that the majority of people wanted a much greater focus on cycling and walking, she continued: “When you ask people where do you want investment to go, public transport and cycling are much higher priorities than just general road infrastructure.”

The South Coast is building stronger transport connections, as it gains in its distinct regional identity, this increased connectivity will help to build the economic links to truly unite the region.