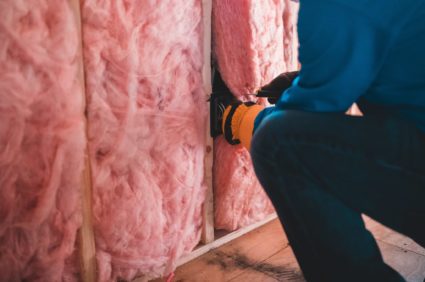 New measures set to help hundreds of thousands better insulate their homes and reduce consumption while saving families hundreds of pounds each year.

Business and Energy Secretary Grant Shapps today (Monday 28 November) launches a government push to help millions of people across the country bring down their energy costs for this winter and beyond.

It is part of wider action this week across energy policy to help the UK meet its ambition of becoming energy independent.

Under plans announced today, the new ECO+ scheme will extend support to those who do not currently benefit from any other government support to upgrade their homes. Joining the existing £6.6 billion ‘Help to Heat’ energy schemes this new £1 billion funding will ensure hundreds of thousands more households benefit from new home insulation and with that, lower bills.

Plus a new £18 million public information campaign will also offer technical tips and advice for people to cut their energy use, while also keeping warm this winter. Alongside the impact on their bills from the Energy Price Guarantee, the campaign will demonstrate how consumers can make significant savings.

Of the £1 billion funding available through the new ECO+ scheme, around 80% of the funding will be made available for those households who are in some of the least energy-efficient homes in the country – that is, those with an EPC rating of D or below – and in the lower Council Tax bands.

This will benefit those households who do not currently benefit from any other government support to upgrade their homes. Around a fifth of the fund will also be targeted to those who are the most vulnerable, including those on means tested benefits or in fuel poverty.

On top of this, the government will significantly expand its Help for Households campaign to help customers to reduce their own household energy usage and bills, while also giving vulnerable groups the right information for doing this without harming their health.

This includes promoting some of the government’s top recommended actions to help households save money on their energy bills, such as:

It also comes ahead of the Business and Energy Secretary setting out his latest package of measures to deliver home-grown, affordable energy – helping to cut bills and bolster the country’s long-term energy security and independence.

Business and Energy Secretary Grant Shapps said: “The government put immediate help in place to support households in the wake of global energy price rises caused by Putin’s illegal march on Ukraine. Today, we launch the first of many measures to ensure the British public are never put in this position again as we work towards an energy independent future.

A new ECO scheme will enable thousands more to insulate their homes, protecting the pounds in their pockets, and creating jobs across the country.

And in the short term, our new public information campaign will also give people the tools they need to reduce their energy use while keeping warm this winter.”

Chancellor of the Exchequer Jeremy Hunt said: With Putin’s war driving up gas prices worldwide, I know many families are feeling worried about their energy bills this winter and beyond. Our extensive energy support package is insulating people from the worst of this crisis, but we’re also supporting people to permanently cut their costs.

Our new ECO+ scheme will help hundreds of thousands of people across the UK to better insulate their homes to reduce consumption, with the added benefit of saving families hundreds of pounds each year.

Since it was launched in January 2013, the Energy Company Obligation (ECO) schemes have delivered as many as 3.5 million energy-efficiency measures in around 2.4 million homes. The ECO+ scheme, which will run from spring 2023 for up to 3 years, extends that support even further and will see hundreds of thousands of households receive new insulation, saving them around £310 a year.

By rolling out predominantly low-cost insulation measures such as loft insulation and cavity wall insulation, the ECO+ scheme will support the government’s new ambition to reduce the UK’s final energy consumption from buildings and industry by 15% by 2030. The £1 billion scheme is backed by a new £6 billion investment to contribute to the existing £6.6 billion energy efficiency funding pot.

The new funding pot will also provide long-term funding certainty across for the industry, supporting the growth of supply chains and green jobs in the sector, as the government takes further action to tackle fuel poverty and reduce energy bills.

Improving the energy efficiency of UK homes is a crucial part of the government’s strategy. Thanks to government support so far, the number of homes with an energy efficiency rating of C or above is at 46% and rising, up from just 13% in 2010. We are investing over £6.6 billion over this Parliament to help decarbonise homes and buildings, and to ensure all homes meet EPC band C by 2035. An additional £6 billion of new government funding will be made available from 2025 to 2028. Further details on allocation of additional funding will follow in due course.

To further support households and help meet the government’s new energy demand reduction target, the government has also expanded its public awareness campaign to help reduce bills for households and protect vulnerable people over the winter and beyond. Backed by £18 million, this campaign will complement existing government support schemes. such as the Energy Price Guarantee and the Energy Bills Support Scheme and the information provided will save households money. For example, if a typical household reduced their boiler flow temperature from 75⁰C to 60⁰C and turned down radiators in empty rooms, they could save £160 a year on their energy bill at current prices. This also has the benefit of reducing the temperature a boiler heats water to before sending it to radiators, while making no difference to the temperature a room is actually heated to.