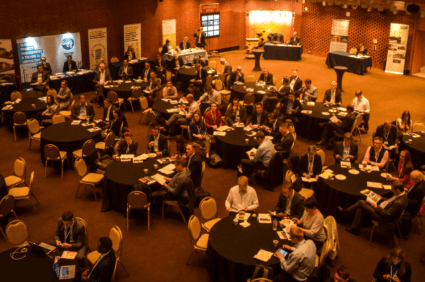 Our Healthcare Estates Development Forum has heard that moves to raise a tax specifically to pay for the NHS could be seen as a ‘trick’. Leading health economist and Head of Health and Welfare at the Institute of Economic Affairs Thinktank Dr Kristian Niemietz,, said that so called hypothecated taxes could get swallowed up into other government revenues.

He said: ‘’All taxes get pooled and you can’t distinguish whether revenues come from the health tax or not. Technically you have a ringfenced tax but ultimately it may not make a difference.’’

The idea that the NHS would save money by encouraging people to adopt healthier lifestyles was also ‘a red herring’ as Dr Kristian added: ‘’Those people will not live perfectly healthy lives. There is no easy way to save costs or raise revenue which means efficiency becomes more important.’’

James Bridgewood, Regional Programme Manager at One Public Estate, said that the government-council property joint venture was rolling out a series of health and social care hubs across the Birmingham and Solihull Sustainable Transformation Partnership (STP) area. These would build on work to develop hubs carried out previously in the Wolverhampton and east Birmingham parts of the west midlands conurbation.

Bridgewood also told the event that STPs would need to examine how they can help deliver homes for staff within the NHS. Whilst One Public Estate has a target to deliver 3,000 homes for NHS key workers, around 80% of homes currently being built on health service sites were being built for market sale.