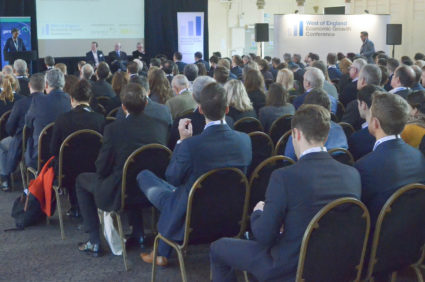 West of England planners are having to look at green belt sites in order to meet booming demand for housing in the city-region, according to the city-region’s chief planner.

Laura Ambler, interim head of planning and housing at the West of England Combined Authority (WECA), said during the housing panel debate at Built Environment Networking’s West of England Economic Growth Conference that the joint spatial plan had to look at green belt sites to meet its new homes target. Ambler added that green belt sites would only be identified in exceptional circumstance in the plan, the final consultation version of which was due to be soon published before it is submitted to the secretary of state.

Victor de Cunha, chief executive of Curo Housing, said that the public sector had to develop a more long-term approach to how it disposed of its assets.

Namechecking a site, the Bath-based social landlord had recently bought off the Ministry of Defence in Bath, he said: “While the MoD took a large slug of money, it would have been far better for the government and the local community if we had worked in partnership with central government and they could have used their land as equity.

“They would have seen an uplift in the value of land. This idea that best value can only be demonstrated through higher cash receipts for land is short sighted and really doesn’t deliver value.”

Oona Goldsworthy, chief executive of the Bristol United Communities housing association, said that it was ‘really tough’ for housing associations to compete in the land market to build subsidised housing. She said that her association was working with grassroots groups in Bristol to bring forward sites through mechanisms like community land trust