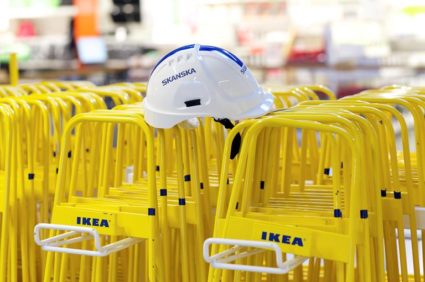 BokLok, the modular housing joint venture between Ikea and construction giant Skanska is on the verge of signing a deal with a manufacturer to build its homes in the UK.

Graeme Culliton, UK Managing director of BoKlok, said the firm, which this summer announced its first UK development, on land owned by Bristol city council, was aiming to sign a memorandum of understanding with a UK supplier for its homes in the coming weeks.  BoKlok are speaking at the upcoming South Coast conference.

BoKlok, which uses a timber-frame modular technology to produce schemes of up to four storeys, is aiming to grow in the UK through initially targeting sites in the Bristol region and the south coast of England. Culliton said the plan was that BoKlok’s UK homes will be built here, while UK apartments will be built in the firm’s existing facility in eastern Europe, to take advantage of a “tried and tested” supply chain.

Culliton said the firm hoped to sign a deal with a UK manufacturer in the next month.

BoKlok is a major home builder in Scandanavia, having built 12,000 homes in the past two decades, mainly in Sweden, after being set up by Ikea’s founder, Ingvar Kamprad, with the aim of offering homes affordable to people on an average wage. It currently develops around 1,200 homes every year, acting as developer, with homes manufactured under licence in a facility in Estonia.

Culliton said the firm, as in Sweden, would target buyers on average incomes, meaning homes will ultimately be available to purchase for around £250,000. He said the firm was currently working to sign five development deals, amounting to a pipeline of hundreds of homes.

In October, the firm said it had been selected by Bristol city council to build out 200 homes on the Airport Road site in the south of the city, with 30% made available for social rent and shared ownership.

Culliton said the firm would look to expand geographically outside of its current Bristol and south-coast focus, but only when the business had proven itself.

Culliton’s comments came after BoKlok chief executive Jonas Spangenberg at Tuesday’s Bristol Housing Festival. Spangenberg said the firm was in the middle of investing heavily in its existing facility in order to bring automation and digitisation “to the next level”. He said: “In doing this we have been heavily influenced by other industries, such as the car industry, but not by the construction industry.”