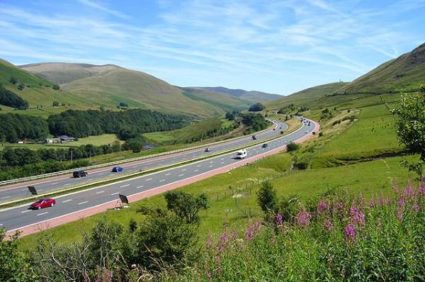 For a number of years the ‘Northern Powerhouse’ has called for fresh infrastructure investment into the regions – and details have now emerged on the £1bn upgrade to the road network connecting North Yorkshire and Cumbria.

The upgrades announced by Highways England and Transport for the North as part of a 30-year project to provide quality transport in the North of England. The plans include:

Highways England and Transport for the North will both join our Infrastructure Webinar this June. Click here to register >

Highways England said the “nationally important road” which links the M6 at Penrith in Cumbria with the A1(M) at Scotch Corner in North Yorkshire, is a key regional route and the upgrades will “support tourism and freight traffic, improving connections between ports in Scotland and Northern Ireland and those in England at Hull and Felixstowe”.

Following the announcement, Transport Secretary Grant Shapps said: “As we gradually reopen our society, we want to ensure communities across the North are able to benefit from smoother, safe, better connected journeys. Upgrading this vital national link will not only level up infrastructure in the region but will deliver benefits up and down the country – supporting tourism and movement between our key ports.”

In Cumbria, a major development will be an underpass instead of a fly-over at Kemplay Bank, while there will be dual carriageways created between Penrith and Temple Sowerby and Appleby and Brough, as well as a bypass for both Kirkby Thore and Crackenthorpe. The proposals also include significant improvements to the existing junctions between Barnard Castle and the A66 at Bowes and Rokeby.

Peter Molyneux, Major Roads Director at Transport for the North, said: “Upgrades to the A66 are absolutely essential to improve connections and experience, as the people that regularly use it will attest. Creating another full northern dual carriageway will speed up journeys, making the road more reliable for passengers and help freight get across the Pennines, connecting ports on both coasts. It’s not only a hugely important route between the Lake District and North Yorkshire – and the dozens of communities in between – it also helps connect Scotland to our towns and cities.”

“The green light for this project is another piece of the jigsaw in our 30-year mission to give the North the quality connections it needs. The key now will be looking at ways to get on site as quickly as possible to deliver the benefits.”

Highways England’s Senior Project Manager Matt Townsend said: “We are delighted more than 92 percent of people backed the idea of completing the dualling of the A66. Since the consultation ended ten months ago, we have carefully considered all the public responses. We have revisited issues such as the environmental impact of each option, how we can re-connect communities currently separated by the existing road and how to improve the route for pedestrians and cyclists.”

“The options we have revealed today are the ones we want to take forward into construction, but they were also the most popular among people who responded in the consultation. We feel the proposals reflect ours and the Government’s vision of a Northern Trans-Pennine route fit for the rest of the century.”

In every case, the chosen option was the most popular among the 857 respondents. All the preferred options will now go into a period of further analysis, development and design before a second public consultation and scrutiny period next year.

Highways England also revealed today that the £45 million design contract for the project, put out to tender in October, had been awarded to Amey Consulting in collaboration with Arup.