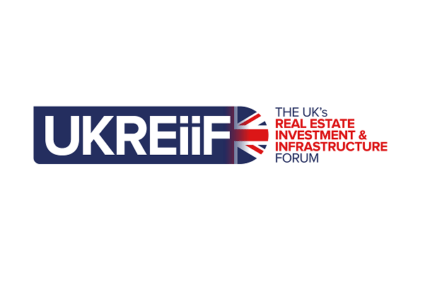 Senior figures from two of the UK’s most respected development companies explained why they think UKREiiF has a lot to offer.

Paul Kelly, who is the Development Director at the Scarborough Group, and Elizabeth Peckett, who is an asset director at Allied London, were joined by two other members of UKREiiF’s Advisory Group as they outlined why an event like UKREiiF has been badly missed. The first annual conference will take place in Leeds next year (May 17-19). [emaillocker id=”71749″]

Paul highlighted the importance of drawing attention to the fact that, when it comes to inward investment, there is more to the UK than London.

Paul Kelly said: “The UK and how the UK is viewed from the outside world investors is as a UK entity and whenever they start making their investment decisions, they really boil down to initially London because I think it’s because of the systems that are set up. It’s an established planning system, an established legal system that people and inward investors are comfortable with.

“Then whenever they break down and look at the individual component parts of the UK, London is always a safe haven – the first landing point – so I think what we are now seeing – and it’s the benefit of this type of event – is they get to see the benefit of the UK as a whole and then they break down into individual city regions and, given the nature of how we ourselves as a northern powerhouse developer, we see ourselves almost bridging those different city regions and trying to take a collective view and promote the north it its entirety and the fulfilment of the levelling up pledge and what that means.

“And what it means not just for Greater Manchester, Sheffield or Leeds individually as a collective but the important things are the need for that inward investment to create more sustained infrastructure improvements, better linkages between the cities, and as a collective, and the strength of the north, then you are competing on a really strong footing.”

Elizabeth highlighted the accessibility point in that more people from the industry in the UK will have the chance to attend because travelling to an overseas alternative is cost prohibitive for many companies and local authorities.

She said: “From my point of view, the fact it’s in the UK, one of the main benefits it will be more accessible to a wider range of people to be able to attend and participate and see what’s going on, particularly in the younger agegroup.

“I only started going to conferences abroad when I was at director level and that means our younger agegroup, who are going to be out future leaders and will be driving future developments, are missing out on a wealth of information before they get there.”

UKREiiF’s next monthly webinar takes place on Monday, May 17 and will feature Victoria Hills, Chief Executive of the Royal Town Planning Institute, Liam Ronan-Chond, Head of Engagement and Social Value at First Base, plus the Executive Chairman of Pagabo, Gerard Toplass.

It will have a special focus on radically improving sustainability and driving the net zero agenda in the built environment, creating innovation through having a diverse and inclusive working environment and developing skills to ensure the industry is provided for in the future.  To book your place click here. [/emaillocker]