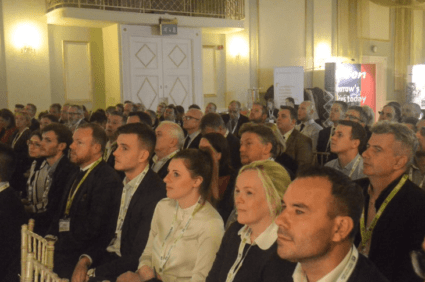 Leicester ‘must do more’ to stimulate the provision of Grade A office space in the city, a senior council official has admitted. Speaking at our Leicester event Louise Seymour, Head of Development Projects at Leicester City Council, told delegates that securing top quality office accommodation is key to the city’s wider growth prospects.

She said: “We have long known we haven’t enough Grade A office stock in Leicester. Getting anybody to build Grade A speculatively is nigh on impossible, but if we want private rented sector and housing development, we need jobs and the right quality jobs.”

Whilst the region had succeeded in netting blue chip employers such as IBM in recent years the city lacks a pipeline of quality commercial space, Seymour said. But progress is being made in the city’s Waterside area where Keepmoat Homes is carrying our archaeological investigations for its scheme which will deliver 380 city centre-style homes, a new neighbourhood park and 60,000 sq ft of office space.

The wider Waterside area has already attracted over £241m of private sector investment including two new hotels and a PRS scheme being developed by lettings specialist Long Harbour.

Seymour stressed the importance of strategic interventions by the public sector in the waterfront area, which has been depressed since the collapse of its local manufacturing base in the 1980s even though it is only a five minute walk across the ring road from the city’s John Lewis department store: “One of the biggest issues for Waterside has been assembling the site, it took a strategic investment to make it deliverable.”

Leicester is also bucking the wider decline in retail according to Seymour, pointing to figures showing that the city centre had seen net 63 shop openings since the beginning of 2017 and the vacancy rate of units is two per cent, lower than in nearby Nottingham.

The city has also been boosted by ‘two huge slices of luck’ due to the publicity surrounding the discovering of the skeleton of Richard III and Leicester City Football Club’s success winning the Premier League: “It has had a massive impact on tourism and demand for bed space.”

Philip Morris, Operations Manager at Space Park Leicester, said that the project’s first phase had been submitted for planning in October. The project, being brought forward by the University of Leicester, is expected to be on site in the first half of 2019 – with construction expected to be finish in the second quarter of 2020.

The park has secured £24m of council and local enterprise partnership funding for the first phase of Space Park Leicester, which will house the Leicester Institute for Space and Earth Observation.

The University is working with Coventry’s Manufacturing Technology Centre on using robots and artificial intelligence to develop satellites in the second phase of the science park. The park’s third phase is intended to be a £50m satellite manufacturing factory.

Karen Smart, Chief Executive of East Midlands Airport, told delegates that she is lobbying Government to improve its public transport connections. The airport is ‘not currently well connected by rail’ with passengers having to hail a cab when they alight from the nearest station at East Midlands Parkway.

Whilst HS2 will not directly serve the airport, it still needs to be integrated into the existing network. She said: “We need to get all connections to HS2 in place before it comes along, we shouldn’t wait for it to come along and then work out the connections.”

Rebecca Taylor, Development and Investment Director at Long Harbour, said the US-owned private rented investor will be opening its first development in Leicester in the summer.

The £44m ‘Wullcomb’ development, which is located in Waterside across the ring road from John Lewis, contains 297 rental flats and boasts 2,000 sq ft of private amenity space for residents.

Long Harbour are ‘hopeful’ that the Wullcomb scheme is set to be ‘the first of many more’ developments by the company in Leicester which has suffered from limited housing delivery over the last 15 years even though it has the fourth highest rate of population growth of any UK city.

The company, which is already the second largest residential freeholder by number of units in the UK, has already invested just over £400m of equity into UK PRS, and it is raising a further “1bn with a £1.2bn investment pipeline over the next year: “Renting is becoming the choice. There is a greater acceptance that property isn’t a commodity but a lifestyle choice.”

Gurdeep Gill, Development Manager at Godwin Developments, said his company is siting its first build to rent housing scheme in nearby Nottingham. The 110 properties will look similar to housing association schemes but are aimed at a ‘very different demographic’, he said: “We expect a wave of medium to long term renters who will benefits from a managed property but don’t want to live in the city centre.”

He said Godwin has leased the four units at its food and beverage roadside redevelopment of the Ram Jam Inn in Stretton, Leicestershire, three of which will be drive through.

Steve Thompson, Head of Apprenticeships at Leicester College, said the term ‘apprenticeship’ has become stigmatised: “We don’t use the word in our business, it has been stigmatised.”

He said that the college, which currently handles 2,000 apprentices each year including 600 on construction related craft and technical programmes, preferred to use the term professional development instead.

He said all of the 100 staff in its apprenticeships training team had industry experience.