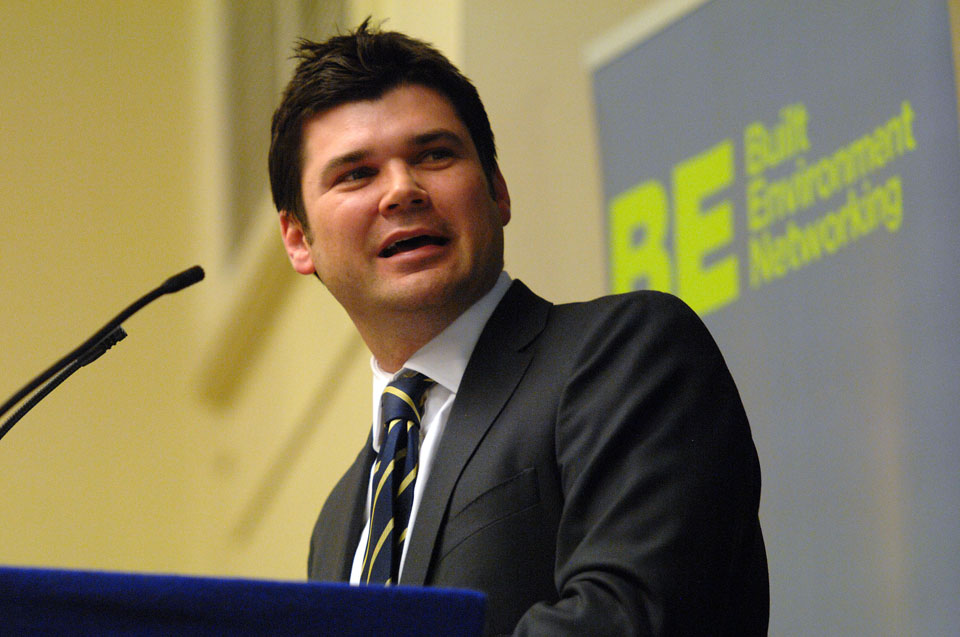 London developers are opening up their pipelines to a wider array of contractors as the market heats up, according to The Crown Estate and Battersea Power Station Development Company (BPSDC).

The developers, alongside fellow clients Land Securities and Capco, were speaking about their procurement strategies at last week’s Built Environment Networking event on Major London Developments, where the government’s 2014 Budget was also discussed.

Alastair Smart, head of development and project management at The Crown Estate, said his organisation had “shifted its procurement strategy” to “spread the net a little further afield” when hiring contractors.

Smart explained this was partly due to contractors “becoming a little more choosey” when bidding and “some upward pressure” on tender prices.

But Smart warned suppliers not to get carried away: “I think the market might be in danger of talking itself up. All of us have had hard times over the past five years. Now we need to work together.”

David Twohig, head of design and placemaking at BPSDC, agreed his firm will also “have to look at more potentials” when selecting contractors for the next phases of the redevelopment of the iconic Grade II* listed Power Station.

Oliver Gardiner, head of development management for Land Securities’ London portfolio, said the developer had procured most of its pipeline, but recognises on upcoming tenders “there needs to be a lot more due diligence and working with the contractor side by side.”

Reacting to Chancellor George Osborne’s Budget last week, Anette Simpson, director of planning and development for Capco, said the package of measures to help savers was of most interest to the construction industry.

Simpson said: “The discussion at Capco was how will these changes to the pension market affect the property market? What’s the opportunity there?”

The Crown Estate manages a vast UK land and property portfolio previously owned by the monarch, and valued today at £8bn. All its profits go to the Treasury. In central London The Crown Estate owns vast swathes of Regent Street and St James’s. It is currently on site on almost 700,000 sq ft of projects in these two areas, including 340,000 sq ft mixed-use scheme St James’s Market.

Smart said The Crown Estate “believes in a mix of uses” in its London schemes, adding: “The key driver for us is offices, even on Regent Street. Offices drive our portfolio.” Smart also emphasised the importance of public realm to its London strategy: “We’re really proud of our public realm initiatives. It adds value – we’re lucky as we own either side of Regent Street, so we know this investment translates in to rent increases.” Nationally The Crown Estate has been diversifying its portfolio in recent years by adding to its London asset base with investments in 16 retail parks, leisure assets and off-shore wind farms, Smart explained.

BPSDC is the developer behind one of the UK’s most exciting projects – the restoration and redevelopment of London’s iconic Battersea Power Station. Twohig is one of ten BPSDC staff that remain from 2011, when a previous iteration of the scheme fell into administration. Now with wealthy Malaysian backers SP Setia, Sime Darby and Employees Provident Fund on board, the scheme is back on track. BPSDC is now 180-strong and still growing. Carillion has begun construction of 866-home Circus West to the west of the Power Station, which also incorporates offices, shops, restaurants, leisure and a theatre (Phase one). The first residents will move in from the first quarter 2016.

Twohig said the planned extension of the Northern Line down to Battersea, and the wider regeneration of the Nine Elms area, have made the rescue of the Power Station possible. He stressed the importance of a joined up approach by Nine Elms landowners: “We have a landowners group that meet once a month. Nine Elms is driven by a collective momentum”.

Capco is a London property company with two key assets focused on Earls Court and Covent Garden. Earls Court – which Simpson oversees – is an £8bn, 77-acre regeneration scheme in west London, overlapping the two boroughs of Kensington & Chelsea and Hammersmith & Fulham. The scheme will create a 7,500-home neighbourhood, along with offices, leisure, a hotel, retail space, a primary school, library, health centre and a five-acre public park.

Terry Farrell’s masterplan conceives of four ‘villages’ built around a central High Street running west to east to connect the London Borough of Fulham with Earl’s Court tube station. These two parts of the city are currently split by Earls Court Exhibition Centre, which Capco is knocking down. “This is an opportunity to knit two sides of London together,” Simpson said. “We’re creating a new piece of city”. A park running north to south, decked over the top of the Overground line, is at the heart of the scheme. Restaurants will spill out into the gardens, creating “unique al fresco dining experiences,” Simpson added.

Land Securities has an £11bn property portfolio, primarily covering offices and retail, although the developer recently began developing residential schemes in central London. Land Securities is on site on over two million sq ft of developments in central London alone, including 900,000 sq ft mixed-use scheme Nova in Victoria and Square Mile office skyscraper 20 Fenchurch Street, which is popularly known as the Walkie Talkie.

In Victoria, where Land Securities owns several property assets, the firm’s strategy “is to build good quality buildings and to invest in place making”, Gardiner said.