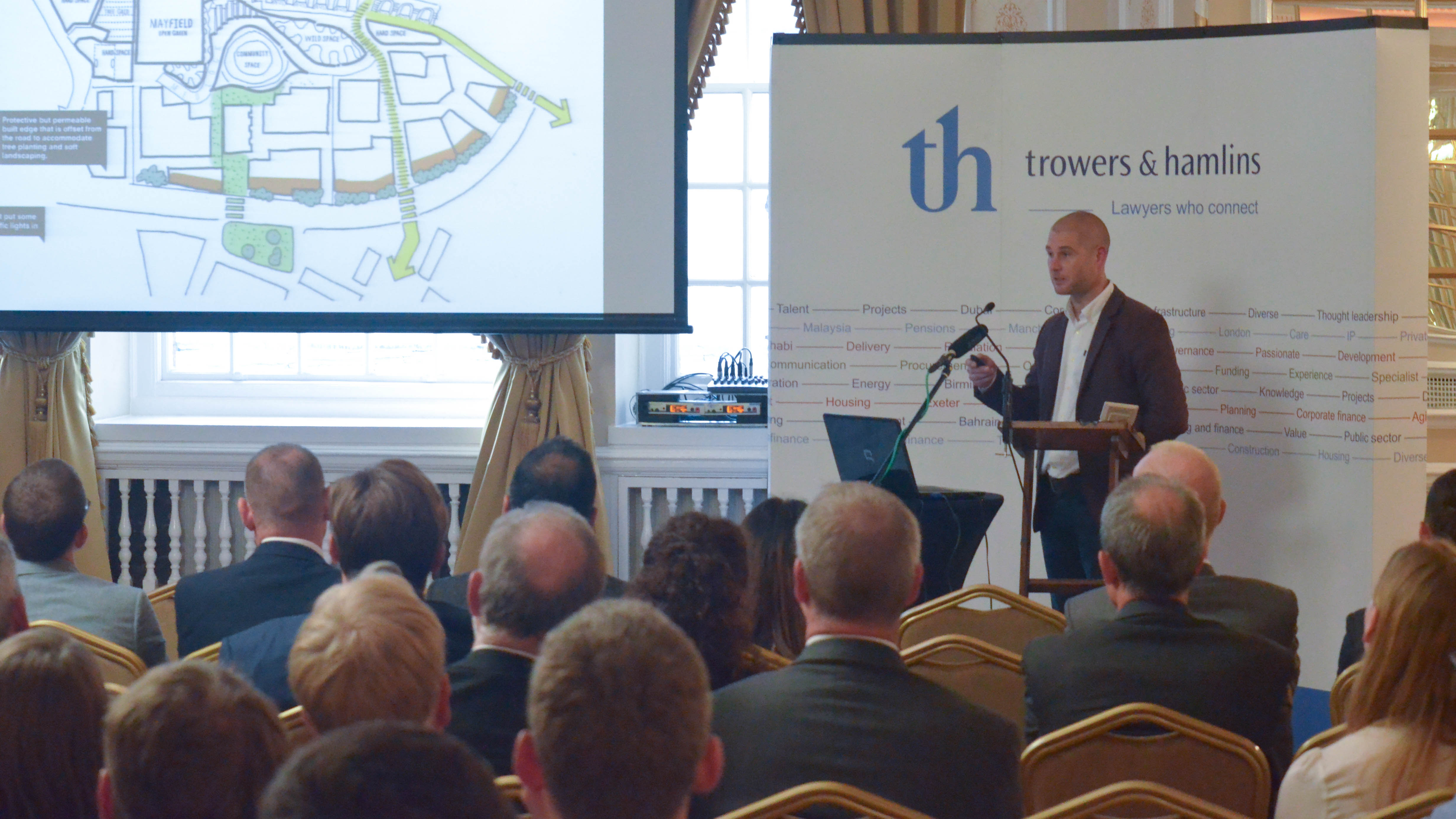 Manchester’s town hall is due to close next year as the iconic Victorian building gears up for a £300m restoration, a Built Environment Network heard last month

Paul Candelent, project director of the Our Town Hall Project, told BEN’s Manchester Major Development Plans event that the neo-Gothic Revival building will close to the public in July. It will then be handed over to a team of consultants who will carry out an internal survey.

He said that work on the project, for which the project brief was signed off in March, was due to start in 2019 and complete in 2024.

Candelent, said the council would be hosting an open day for the supply chain in November with eight works packages scheduled to run from January 2019 until 2023.

“This is a genuinely once in a lifetime project that will leave a legacy of lasting change in the city.

“We will lovingly restore the building’s heritage and make it fit for purpose, “ he said, adding that the project would strip out the existing M&E and replace wholesale elements like lifts.

The refurbishment is also designed to create a new visitor and exhibition centre, shops, food & beverage outlets with commercial office space potentially on the first floor.

He said that Johnson will be operating a ‘very similar concept’ to his Altrincham market, which he successfully relaunched two years ago.

The £2.5m restoration of the markets is part of the bigger seven phase Smithfield scheme to regenerate a five acre stretch of Manchester city centre, which will also includes flats, hotels and units for independent retailers.

Crompton also said that the reopening of the Ordsall Chord rail link between Piccadilly and Victoria stations will be a boon for Muse’s £1bn Salford Central regeneration scheme.

He told the event that the new link will quadruple to 1m the number of passengers using Salford Central station, which will become the nearest rail stop for the area surrounding Manchester town hall.

James Heather, development director of U+I, provided an update on the developer’s plans to regenerate the Mayfield site, a large stretch of brownfield land located next to Piccadilly station

He said that he believed the amount of development outlined in the strategic regeneration framework, which was drawn up by architects Bennetts in 2011 and earmarked the site for up to 1,250 homes and 800,000 sq ft of commercial floorspace, could be increased.

Heather said the first phase of the Mayfield scheme would include a Manchester version of the New York High Line on top of a set of railway arches that run across the site.

However he said that Network Rail’s proposal to add two platforms at Piccadilly station threatened to blight part of the site.

Azeemem Zaheer, of Naissance Capital Real Estate, told the event that because of overheating in the London market it made sense to go into ‘second tier’ market.

“Investment in places like Manchester and Cardiff provides a lot of value for growth.”

“The good news for Manchester is that it’s a honey pot and attracts the second most capital in the UK after London.”

Also at the event, Sir Eddie Lister, the chairman of the government’s Homes and Communities Agency, warned that in order to achieve the 225,000 to 275,000 new homes needed to keep pace with housing demand in England it was ‘inevitable’ that some housing would have to be built on green field sites.