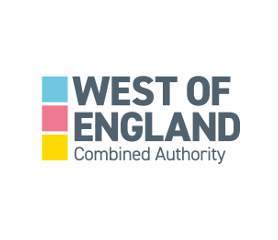 On May 6 a number of Combined Authority mayoral elections will be taking place and, as part of a special series of events, we invited all candidates to explain what their ambitions are in terms of regeneration? Below are the responses for the candidates in the West of England CA who took part [emaillocker id=”71749″]

“I start from a vision of a sustainable and prosperous future. When it comes to development we need to start innovating and doing things differently. There are a couple of ways I think we can do this.

“There is a system view that we need to adopt in the combined authority. We need to stop seeing transport over here and housing over here and business over there and start to see how we can work collaboratively in our approaches to developing communities for the future.

“I mentioned before about a place called Vauban (a sustainable model town that was built in Germany in the late nineties) and the work they have done ensuring that transport is really integrated into housing and development and energy initiatives are being used and utilised in buildings and being developed by local businesses and so having that system view.

“And there are couple of ways I see we can do that and I will be looking to launch, what I am currently calling ‘collaborative future forums’ and that is about bringing together businesses, innovators and educators with the combined authority so we can start to have a system view approach to how we start tackling these challenges.

“Secondly I think we need to be innovation led. My approach is that we will innovate out of the challenges we face but also into the future ahead. For those of you interested in economics, I think we operate on the creative destruction model a lot which is that we continue to evolve and thus move forward and I believe that is what we will do.

“I believe we will continue to evolve and innovate low carbon, highly productive initiatives that will start delivering the societies we want and interestingly, and I think importantly, it will be that innovation led approach that will enable us to attract greater inward investment, not only from government, but importantly from the private sector.

“I was hugely encouraged to see a report in the FT recently that 11 trillion dollars of investment from a number of institutional investors, pressuring banks to divest from the old way of doing things, to start investing into new ways of doing things, whether its transport, homes, business innovation or skills agenda, there is economic growth there and there are these transformational targets we want to see – low carbon but high impact.”

“Housing is a huge part of that. There is a big, big challenge here in the West Country, and in other parts of the country too but it is particularly acute here, because the cost of housing is so much more than the multiple of people’s salaries so it creates huge pressures.

“I think it fair to say when you look at the national statistics that house ownership has fallen from about 70% twenty years ago to about 63%. That reflects the fact that housing is not affordable. People are having to rent and rents are quite high and that causes all sorts of pent-up tensions in the market and these people can’t put down for a deposit and, even though there are government initiative to lend bigger and help people borrow a big proportions of the housing costs, in order to be able to afford it, that ends up elevating the house price anyway so that doesn’t solve the problem in the long term.

“The real solution of course and everyone will know about this, is we have to build more homes and that means that has to both come from the private sector and it also has to come from the public sector and housing associations and I think there needs to be close collaboration between those different ways of bringing more homes into a region to make sure we learn from best practice but the pressing demand is for more affordable homes although the private sectors makes more money out of building executive homes.

“So we need to work together to meet both our needs, mine of the lower housing cost need in the communities I hope to represent. That sees people, not able to live in the communities they grew up in, having to gravitate towards the urban centres, which is not necessarily a bad thing if that’s what you choose to do but many young people definitely don’t want to do that and they want to stay working on the land or living in the communities they know best and I think we should try and respect that. I also think it enriches our communities by allowing that to happen.

“The other thing I want to say is it was absolutely scandalous that we had a Tory metro mayor, who is the incumbent now, who did not get the spatial housing plan we needed delivered. That meant we lost, depending on how you measure these things, probably about £400m towards housing that could have been used to meet some of things I just mentioned. That has been very damaging to our reputation in the West of England so my job will be to rebuild that reputation with government, because although government funding will be very important of course, private funding is going to be essential and funding from things like pension funds is going to be essential too.

“Housing costs a lot and the private sector probably laughs a lot with some of the announcements made by government because they sound a lot of money but they build relatively few homes. There has never been a huge investment in housing from the government or on infrastructure. The only times we have ever hit our housing targets, since the Second World War, is when there has been extensive council house building as well, and we really have got to see a sea change in that.

“And that will require different attitudes and what I hope will happen and want to encourage as a Metro Mayor, is to see each part of the community, right across a diverse region that has very urban communities, through towns and very famous market towns, right through to rural hamlets and the most remote rural hamlet at that, what I want to see is each of those communities, taking their share of the lifting when it comes to new homes, so if we decide on whatever number/percentage it is, I’d like to see that percentage applied equally across all those communities so that allows them to be sustainable and that allows them to take their share of that.

“Yes it will be contentious to some communities that want to stay the same but if they want to be sustainable, if they want to have the young people to are going to care for the older populations in rural areas close to them and want to be able to be cared for properly they are going to have to get their heads around the changes in the demographics of our society.”

“If you consider the decarbonisation agenda, and that is linked to the climate emergency, we face not just a climate emergency but an ecological emergency as well so I’d look at the word regeneration in the broadest possible term. What’s the impact, as humans in society, that we are having on our region.

“I’ve talked about the importance of decarbonising the transport network and the importance of developing low-carbon homes, and as well as that, I would be looking to develop a sustainable food and agricultural sector, which gives people employment locally on the land and reduces our carbon emissions and improves wildlife, helps the soil quality in the region so that’s the vision I have got.

“I will be working with the many talented people we have got in our region so we have a more self-reliant economy. I think after Brexit and with the rhetoric of taking back control, some of what we need to do as a region, is develop our own resources and show government the capabilities we have got in this region to manage things ourselves and show some really good practice.

“I know there are some businesses of global quality in the energy side, in construction and I want to be working with them, whether it’s on energy saving or pioneering new construction techniques, to come up with an overall approach, that really improves both the quality of life and meets the government’s ambitious carbon reduction agenda*.”

*This week the government enshrined in law the target of slashing emissions by 78% by 2035.