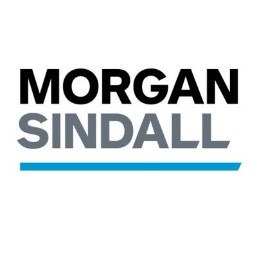 What are the hallmarks of a world-class framework?

What has driven their proliferation over the past decade?

And how can innovation shape the framework model moving forward? 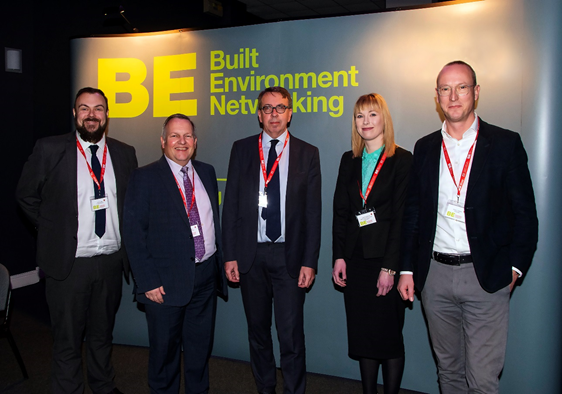 It was the headline session of the Construction Frameworks Conference at the Megacentre in Sheffield, organised by Built Environment Networking and attended by leading figures from across the construction industry.

The panel began with Andy Parker introducing the guests and setting out the purpose of the discussion: “At a time when frameworks are being asked to deliver more and more, it is important that we not only identify what a world-class framework looks like but that we actually use the right ones to deliver the best that we can, together.”

Aaron Lacey, senior frameworks manager at Scape Procure, which operates a suite of construction and consultancy frameworks designed to embed efficiency and social value into the built environment, argued that the key to providing world-class frameworks which are able to deliver in the long-term starts well before the framework is launched.

“It’s about understanding the challenges that need to be addressed and the procurement process itself,” said Aaron. “One of the things we’ve certainly learnt over the past 12 years is how to engage the market better and to get that appetite to make sure what we’re offering has longevity for that four year period. We see lots of frameworks that filter off in years two and three.”

In agreement that sharing knowledge and taking the time to understand the market is essential to a world-class framework was Simon Toplass, chief executive of Pagabo, which runs frameworks that are designed to be used by a variety of public sector organisations and industries, from the Ministry of Defence to libraries and museums. 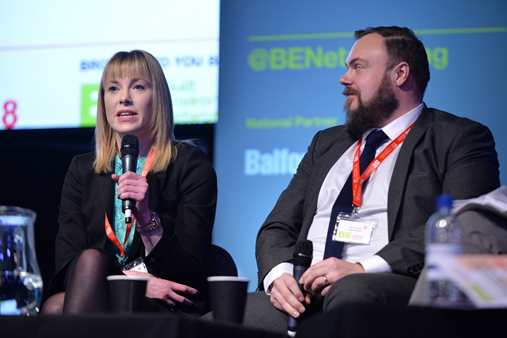 “For me, it’s about understanding the market as much as you possibly can,” said Simon.

“We have a process in terms of the operation of our frameworks which starts with an expression of interest stage. We may have an idea of what the opportunity is, and we’ll make sure that’s very clearly articulated to the partners on our frameworks. 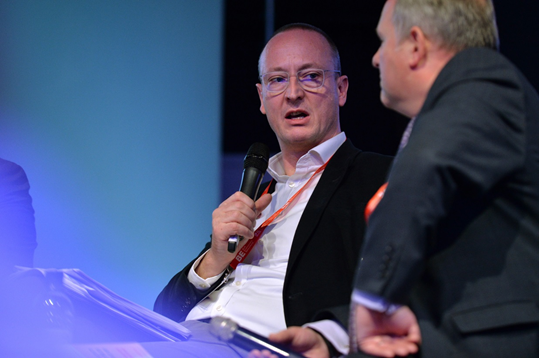 “But it’s just as important to sit on the client side and really understand what they want: how they want to procure, what the governance is, what the limitations are and what skill set they need,” Simon continued. “We ensure we understand that fully before any procurement takes place – it’s vital for us to understand our clients’ needs, to shape frameworks to fit them.”

Joanne Peacock, regional category specialist at NEPO, which undertakes high-value procurement in major strategic areas of spend in conjunction with local authorities in the region, agreed that early and open dialogue was critical to success.

When asked what special contributions NEPO looks for from partners, Joanne said honesty was essential: “We realise that sometimes some of the documentation regarding mini-competitions might not be perfect and timescales may not always be realistic. But that honesty from contractors is invaluable. It helps inform our thinking and we can learn from mistakes in the next opportunities that are published.”

“Relationships are very, very important – both on an operational level and a strategic level,” concurred Simon Toplass. “You’re going to have some bumps along the way, so you’ve got to make sure you can access the right people to smooth them out.

“Our framework managers need to talk to the client with a full understanding of what their requirements are and learning what might not have worked from them in the past. Then when we go out with an expression of interest and we get five organisations to bid, we get five organisations which bid well. There’s no wasted effort on the contractors’ part and no frustration on the customer side.”

The audience was invited to ask questions, with Phillip Collard from digital pre-construction platform, myConsole, asking how the industry can increase digital adoption.

Kevin Murray, deputy director & head of property and construction, Crown Commercial Service, which is responsible for improving government procurement and commercial activity, pointed out that digital technology is already proving increasingly important; both in terms of construction projects themselves and the operation of the frameworks that procure them: “BIM Level 2 is already mandated across all government frameworks and it’s driving real benefits.

“A challenge that’s been put forward to government is to look at the way retentions are dealt with going forward. Technologies such as blockchain could provide part of the solution.

“It could work in terms of safeguarding supply chain payments and also facilitating project bank accounts and secure digital platforms for framework contractors.”

Simon Toplass added that the next generation of workers would not expect ways of doing business to stand still. He said that Pagabo was currently looking at the business models of organisations such as Uber, Airbnb, and Just Eat – the world’s biggest taxi company, seller of bed space and food outlet respectively – none of which own a single vehicle, hotel or restaurant.

“We’re looking at those companies to see how they go about their business and how that can be tuned in with how the next generation wants to operate,” said Simon. “There’s no definite answer but we need to apply learnings from these disruptive organisations to evolve tendering and procurement best practice.”

“Construction may have been behind the curve on the adoption of digital data but it’s catching up quickly, with progressive main contractors driving that shift.” 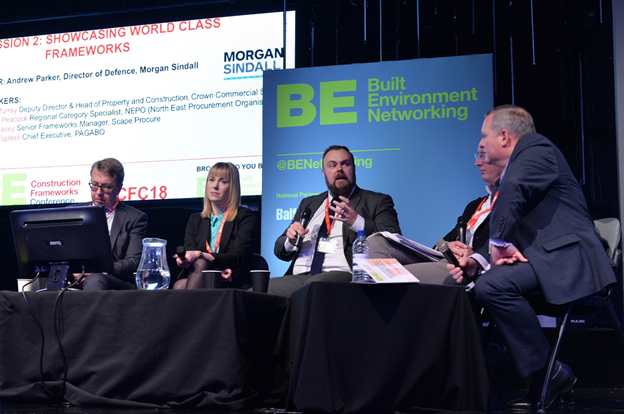 Andy Parker asked panellists if “a ‘magic bullet’ existed to deliver a perfect project” – while there was agreement that all projects were unique and presented distinct challenges and opportunities, there was universal agreement that bringing main contractors on board early in the planning process led to the best results.

Kevin Murray described how early contractor involvement had aided the procurement process and facilitated the effective construction of a specially-built court building in Warrington for the inquests of the victims of the Hillsborough disaster.

“The project was delivered a week early, and to budget,” said Kevin. “There were zero defects – everything was ready, which was essential given the sensitivities involved. That all stemmed from the early contractual involvement.” 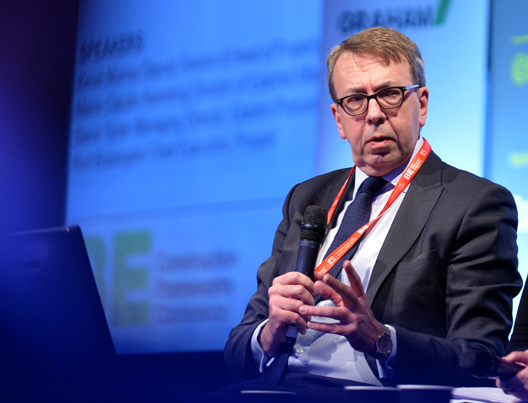 Andy Parker outlined that frameworks seemed to have come a long way since 2013 when the government considered scrapping the model altogether in response to a perceived unfairness towards SMEs and Tier 2 contractors. He asked panellists what changed in the model to ensure its newfound success and adoption.

Aaron Lacey described how Scape is committed to engaging with companies of all sizes: “Tier 2 engagement is very much a driver that we have with our delivery partners,” he said.

“We work closely with them and support them with supply chain engagement sessions, such as breakfast meetings. Our framework requirements ensure that supply chain partners support SMEs and we only want to work with those committed to doing so meaningfully. These small and medium sized businesses are vital to local communities and driving inclusive growth.”

The panel ended with an anonymous question from Twitter asking the panel whether or not the UK’s planned exit from the EU would alter procurement legislation, suggestion a reduction of regulations would be welcome.

Kevin Murray said this was unlikely: “UK regulation underpins procurement routes and Brexit is unlikely to see those changes. They serve a purpose and preserve fairness and openness.”

This provoked universal agreement from the rest of the panel and it was concluded that in uncertain times continued collaboration, openness, trust and a willingness to learn would be key to frameworks continuing to provide world-class solutions for an increasingly complex marketplace.