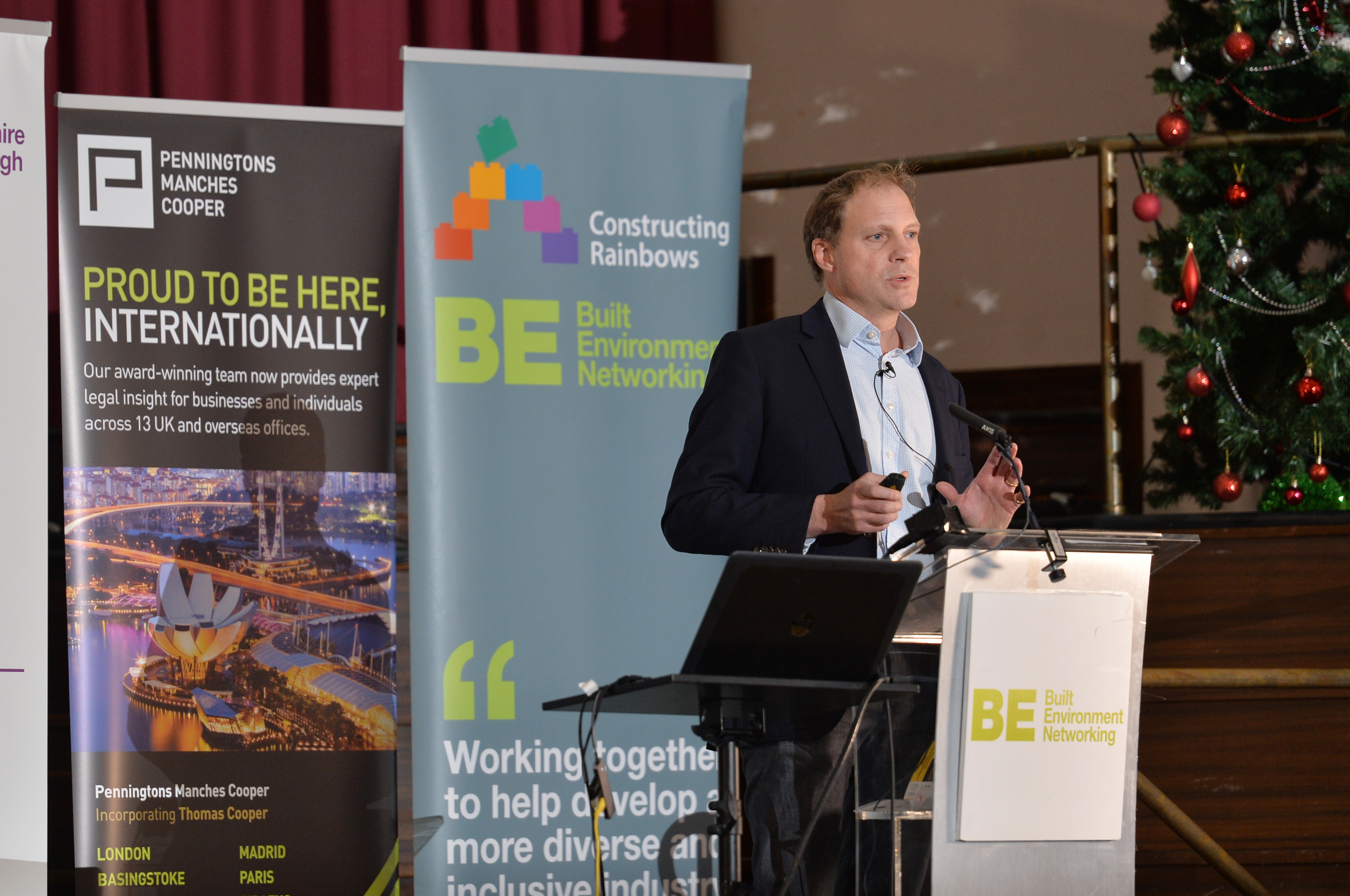 Massive new communities are emerging across Cambridgeshire which are reshaping the region, our Cambridgeshire & Peterborough Development Conference has heard.

One of the major developers working in the region are Crest Nicholson who’re developing homes at the former RAF Wyton site.

Hugo Reeve, Development Director at the firm, outlined their ambitious plans at the event: “It’s a partnership scheme with the Ministry of Defence (MOD) where we’re building 4,000 new homes – creating a new garden village in the process.”

Crest Nicholson are taking an approach of asking “how will people flow?” when designing the project, and Reeve questions conventional development notions: “Housebuilders often feel like placemaking is about pretty masterplans and a few nice houses that are set in good landscape. But we’re particularly looking at how people flow.”

To reduce infrastructural pressures Crest Nicholson has found a creative solution having been thwarted in their attempt to redesign the local highways system: “We collaborated and partnered with a specialist developer – Engie – which brought a range of residential tenure and usage. One of those was retirement living, as retirees travel at a different time of day it has eased pressure.”

Another large development coming to fruition, which was first proposed back in the 1980s, is Eddington on the outskirts of Cambridge. Formerly named the North West Cambridge Development is has been devised by the University of Cambridge to resolve the long-standing housing needs of its staff.

Heather Topel, Development Director, described current progress at the site: “Currently the site houses 2,000 residents with 700 homes which we’ve created for university staff. We’ve been at 100% occupancy since we’ve finished them.”

Longer term plans call for a much larger development: “All the services and facilities you’d expect for a community of eventually 8,500 people will be incorporated into this site.”

Larkfleet Homes are leading a new garden village proposal for Sibson with approximately 2,500 homes, according to their Chief Financial Officer Alastair Gordon-Stewart.

The firm are currently looking for a partner to bring forward the development: “When we talk about these large-scale developments, viability and feasibility is a challenge for SME’s.”

The project is also reliant on approval of new infrastructure: “Our scheme relies on two slip roads off the A1 and a bridge over the A1.”

The firm are also designing to advance R&D within the housebuilding industry, having invented a home with built in flood resistance, Gordon-Stewart described: “We’ve created an elevating house, a house that goes up and down on hydraulic jacks.”

Godwin Group are developing a number of sites across the Cambridgeshire area – and they’ve now received planning permission for their Wisbech Gateway project. They are however looking to potentially change their initial plans for the site.

Gurdeep Gill, Associate Director for the firm, described the current status of the project: “We’ve currently got planning for a petrol station, pub, light industrial and offices, but we don’t think that’s what the market needs. We’ve had some conversations with Fenland Council to rationalise the development.”

Godwin also has a collaboration with Potton Homes under development: “At Stonely Grange in Kimbolton we have permission from the landowner to develop eight high-end luxury homes.”

Natural Cambridgeshire shared their vision of these developments providing a harmony between the natural and built environments. Chairman Richard Astle said: “We’ve launched our ambitious plans to double the amount of land across Cambridgeshire and Peterborough that is managed for wildlife and natural green space, helping create a world-class environment where nature and people thrive together.”

These developments represent the changing face of the rapidly growing county, yet a commitment to keep the essential core of what defines the area.