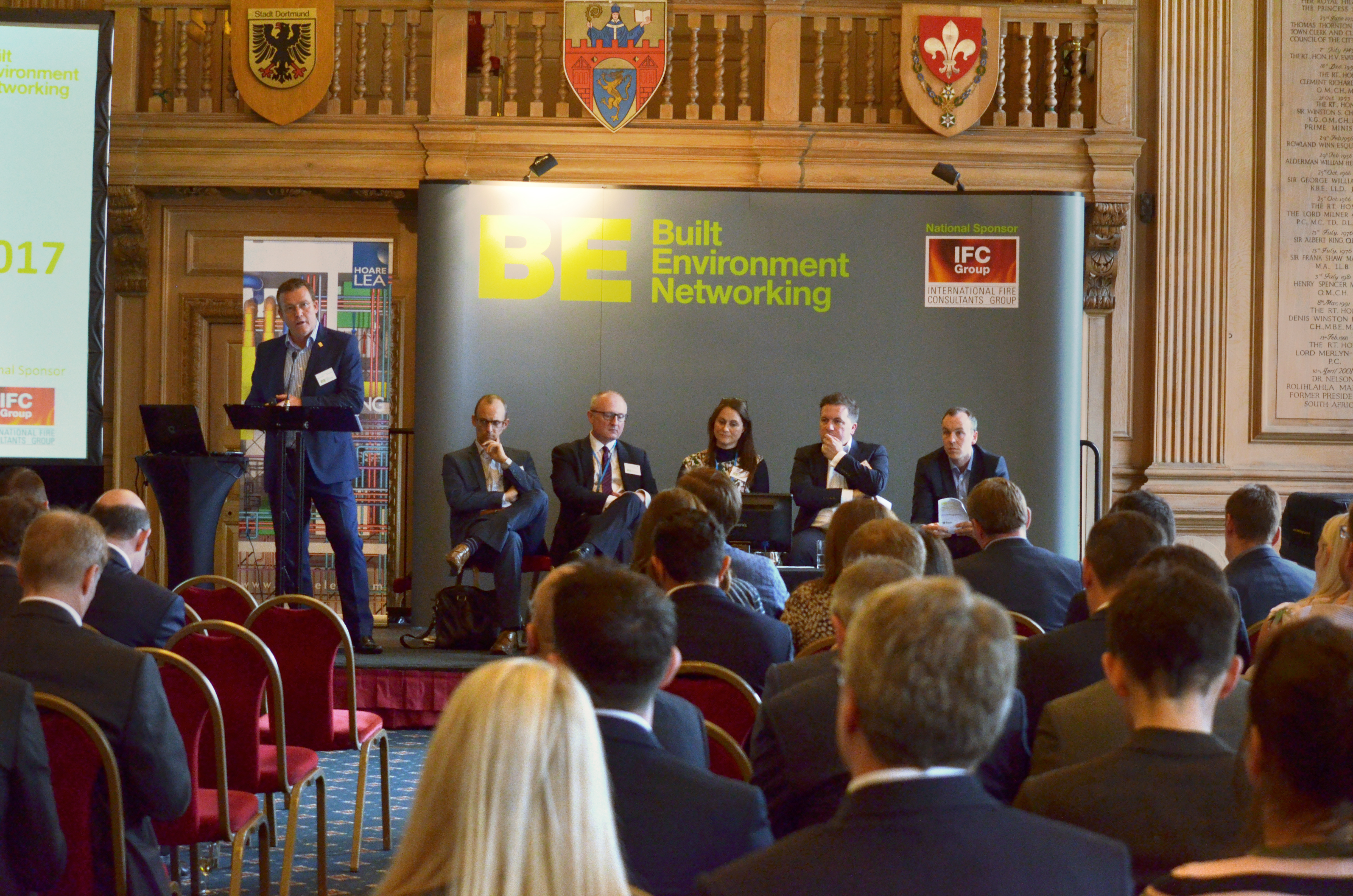 Developer CEG is on the verge of submitting an application to regenerate a 6 acre site on Leeds’ South Bank, which forms a key plank of the council’s plans to expand the city centre, delegates at a Built Environment Networking event heard last week.

At the West Yorkshire Development Plans event, which was held in Leeds on July 14th, CEG regional head of strategic development David Hodgson, said the company, would be submitting its South Bank plans to Leeds council within the next six to eight weeks.

He said the scheme, which has already gone through a round of public consultation, is on track to start site next year.

The scheme, which is located on nearly 6 acres on land to the south of Leeds railway station, incorporates 550 to 600 new homes, 315,000 sq ft of offices 38,000 sq ft of ground floor leisure and retail space.

The masterplan, which has been drawn up by Stirling Prize winning architects Feilden Clegg Bradley, features three tall buildings, rising to 40, 27 and 17 storeys respectively.

Hodgson also said that CEG was also working with Network Rail to bring back into use a disused railway viaduct running through the South Bank.

The CEG plans fit into Leeds council’s plans to double the size of the city centre by reinvigorating the area, which covers 185 ha to the south of Leeds railway station.

Martin Farrington, the council’s director of city development, said that the number of homes built in the city centre had plunged since 2007 when they had peaked at more than 1,600.

He showed delegates figures showing that city centre completions had failed to top 200 in each of the last three years.

Farrington told delegates at the event that around 1,000 new homes would be needed in the city centre to support the council’s wider goals of 4,000 new homes per annum

Making better use of land in South Bank “creates significant opportunities for growth where residential can play a key part,” Harrington added.

Angela Barnicle, head of asset management at the city council, told delegates that the development plans for the South Bank would seek to capitalise on the routing of the proposed HS2 line into Leeds station. She said that a key part of the project was improving public transport connections across the area.

The council has just delivered a new railway station at Kirkstall Forge, six minutes from Leeds city centre, together with CEG, which is developing

She added that the council had plans for a further three railway halts and that a planning application for the East Leeds extension road scheme is due to be submitted soon together with a compulsory purchase order.

Chris Thompson, managing director and founder of Citu, told the BEN event that the Yorkshire-based low carbon developer had secured planning permission for 500 homes on the South Bank.

The developer will be constructing the homes, which will include the first houses to be built in city centre for 90 years, using modern timber framed and CLT (cross laminated timber) systems. The homes will be built in CITU’s own factory on the South Bank, which will be able to deliver around 250 dwellings per annum.

Thompson said: “This will not just to deliver South Bank but as a permanent operation delivering homes across the region.”