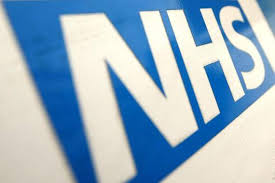 The Government’s new health public private vehicle (PPP) – Project Phoenix – is unlikely to be launched until this time next year, a leading healthcare investor has predicted. Simon Gould, Head of Development at the Assura REIT (real estate investment trust) told our Healthcare Estates Development Forum that the sector is still waiting for details.

The initiative is designed to set up six new regional investment companies to lead on the delivery of health PPPs, which will cover more of the country than the LIFTcos, the existing main vehicle for small scale NHS PPPs.

Gould said: ‘’We don’t expect anything until the autumn and more likely in March 2019. It’s in the long grass until that time we suspect.’’

He added that the Department of Health isn’t keen on large contractor investors leading the companies as had often been the case with, and their focus would be to find ‘more service oriented propositions’ which would bring in ‘funding expertise as and when they need it’.

The panel said that the business case for Project Phoenix is currently understood to be with the Treasury.

Christopher Shaw, Chairman of Architects for Health, said it was ‘clear’ there is still a ‘major appetite for off balance sheet vehicles’ to invest in infrastructure, whilst Gould said that the existing real estate infrastructure for GPs isn’t fit for purpose with many practices saddled with having to buy outdated and poor-quality premises.

He argued that decoupling the ownership of surgeries from bricks and mortar could encourage GPs to remain in the health service while bringing GPs together in bigger groups and facilities would create estate opportunities.

But the process for procuring NHS projects with a capital expenditure of less than £50m was ‘too bureaucratic and too time complex’ and a ‘much more streamlined approach would be appropriate’.

Darren Garden, Senior Account Manager at E.ON, said the scale of the NHS estate presented energy generation opportunities. He said: ‘’The NHS could be a net generator of energy and could generate enough for itself and sell energy to its neighbours or try it or sell back to the National Grid.’’