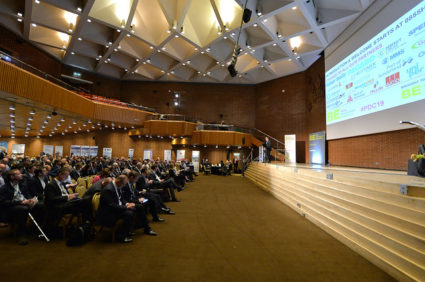 On the 24th September, prominent business and public sector leaders will come together at the Scotland Development Conference – one of the country’s largest business conferences of the year. 300 attendees, 30 speakers and 15 exhibitors are expected at the event, which is officially supported by the Scottish Government, Structured House Group and BOHO.

This inaugural conference, hosted by Built Environment Networking and supported by the Scottish Government, will see some of the country’s biggest names in business, politics and government lead an economic debate including discussions on transport, housing, skills and industrial strategy to maximise opportunities across the country. More than 30 speakers will discuss and present plans for the future of the region including:

The day-long event will provide a unique opportunity for delegates to hear about the collaborative approach to economic growth from the public and private sectors with the aim of ensuring positive regeneration and development across Scotland.

Craig Inglis, CEO of Structured House Group and BOHO Founder, said: “We create with people and place in mind to build a future that goes beyond development, where people co-live, co-work, and co-create. We are putting our investment in people, in places, and in our cities, and we believe it all starts with a conversation. Now is the time to change the conversation to what is being created, to breathe new life into our buildings, and to attract and retain talent.”

Jestyn Davies, Managing Director of Murray Estates, said: “We’re bringing forward some of the largest new developments in Scotland and placemaking is at the heart of everything that we do. Too often new developments turn their back on, and fail to, integrate with existing communities and neighbourhoods. Our developments start with the consideration of the physical, environmental and social characteristics of a site and its context in order to arrive at an integrated and sustainable vision for new development, and we’re looking forward to sharing details of these new developments at this event.”

Dougie McDonald, Director for Scotland at PBA – now part of Stantec, commented: “We’re pleased to be sponsoring this inaugural event. We’re involved in many high-profile projects in Scotland such as the development of a new town in East Lothian and former Terminals in West Dunbartonshire alongside numerous transport infrastructure projects funded through City Deals or the Local Rail Development Fund. We therefore have a vested interest in development, regeneration and economic growth across the country. We’re looking forward to hearing from industry experts and meeting fellow professionals and clients on the day.”

Nicola Barclay, Chief Executive at Home for Scotland, said: “Ensuring we have the homes required to meet the needs and aspirations of Scotland’s growing population is fundamental to our country’s social well-being and economic success, but this necessitates joined-up thinking across a number of areas. I look forward to discussing this in the context of infrastructure investment, planning reform and placemaking.”

Amanda Griffiths, Operations Manager of Built Environment Networking said: ‘’ We’re delighted to be working with the Scottish Government, Scottish Enterprise, Structured House Group and BOHO at such an exciting period for the country. Civic and business leaders in Scotland have an evident ambition to deliver an unprecedented level of economic growth, and the next five years will set the foundations for that. This conference will be central to understanding the barriers to growth, whilst ensuring alignment and collaboration in the industry to boost jobs, skills, growth and regeneration across the whole region.’’