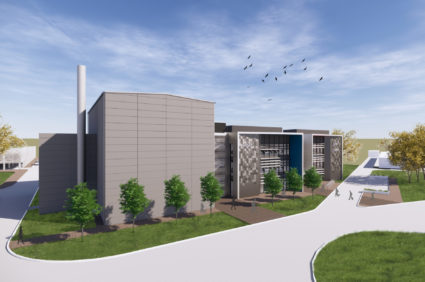 Engineering powerhouse Atkins has been appointed by the UK Atomic Energy Authority (UKAEA) to help design the world’s first centre for researching tritium for use in fusion energy.

The Hydrogen-3 Advanced Technology (H3AT) facility – which will be built at Culham Science Centre in Oxfordshire – will support ongoing work at ITER, the world’s largest fusion experiment which is currently under construction in the South of France. This activity will also allow academic and industrial users to research how to process, store and recycle tritium, one of the fuels that will supply fusion power stations. [emaillocker id=”71749″]

Atkins – supported by supply chain partners including Canadian Nuclear Laboratories, Ansaldo Nuclear, and FlexProcess – will deliver the preliminary and detailed design of the H3AT tritium recycling loop, comprising storage beds, a distribution system, impurity processing system, and systems to detritiate water and air. Designed to facilitate the handling, testing and validation of tritium, the loop will allow a range of tests and experiments to be carried out safely and efficiently. It is due to be operational in Spring, 2022.

Lee Patrick, UKAEA Client Manager, Nuclear & Power, at Atkins said: “Fusion has the potential to provide the world with a low-carbon, limitless and environmentally responsible energy source in the future.

“Recognising the complexity and scale of this project, we’ve put together a world-class team that is fully focused on playing its part in helping to recreate and harness energy based on the same principle that powers our Sun and stars.”

The H3AT facility will provide access to scientists and researchers to inform tritium processes for future fusion programmes including: ITER; its successor, the DEMOnstration Power Plant, which will move fusion energy a step closer to production on an industrial scale; and UKAEA’s Spherical Tokamak for Energy Production (STEP) – an ambitious programme to design and build a prototype fusion power plant, targeting operations around 2040.

Steve Wheeler, Director of UKAEA’s Fusion Technology business unit, said: “H3AT is a truly unique facility to support UK science and the development of fusion fuel cycle technology. Atkins will bring proven engineering design capability to the delivery group, in addition to the valuable expertise of their supply chain partners.”

Tritium is a rare radioactive isotope of hydrogen which has a half life of 12 years and can be created from lithium in a nuclear reactor. Then in a fusion reactor, tritium and deuterium – two isotopes of hydrogen – can be combined in a hot plasma to produce energetic neutrons which can be turned into electricity. [/emaillocker]