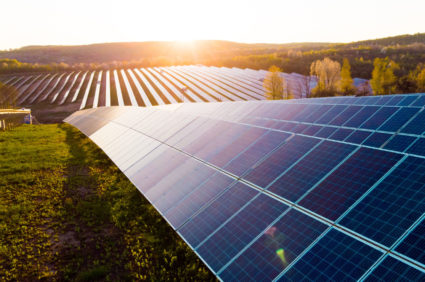 Proposals for the first solar farm to provide affordable green energy to residents and businesses on the Isle of Man and begin the decarbonisation of electricity generation on the Island launches today (20 Oct).

The plans for the Billown Solar Farm in Malew, near Castletown are being put forward by Peel Cubico Renewables (PCR) and support the Isle of Man Government to realise its Climate Change Plan and its commitment for the electricity sector to be 100% green by 2030.

The plans would help to provide long-term stability and independence for the Isle of Man’s energy supply with less reliance on and exposure to volatile oil and gas prices.

It would also generate enough power to meet more than 5% of the Isle of Man’s current electricity demand.

Island residents are being asked for their views on the new facility which would be built on 84 acres of agricultural land to the west of Malew Road (A3) and south of Douglas Road (A7) with a capacity around 26MW – enough to power up to 7,700 homes per year, almost 20% of homes on the Island.

An onsite substation is included in the plans which would connect to a nearby grid network. A battery storage facility would also store electricity generated during periods of low demand and re-distribute it to the grid when demand is high, or the network is down.

The project represents an investment of around £30m across the 40-year anticipated life of the project, at no cost to the public finances.

It would offset at least 11,000 tonnes of carbon – the equivalent of approximately 6,500 fewer car journeys per year.

PCR is a joint venture formed a year ago between natural resources and energy business Peel NRE (part of Peel L&P) and Cubico Sustainable Investments, one of the world’s largest privately-owned renewable energy companies.

Stephen Snowdon, Planning & Development Manager at Peel Cubico Renewables said: “Our vision for this solar farm supports both the Isle of Man’s response to climate change and the Government’s ambitions for renewable energy projects to help secure a bright economic future for the Island.

“We also recognise the cost-of-living crisis facing Island consumers and believe that the Billown solar scheme will offer a fantastic opportunity for stable, low-cost green energy to be made available to all Island residents and businesses.

“The development could be operational by 2024 and is a no-regrets hedge against future price volatility for the Island as well as a huge opportunity for the Island to take control over its long-term energy needs by exploiting its own abundant indigenous and renewable energy resources for benefit of Manx consumers.

“With energy security at the forefront of people’s minds, we are looking forward to engaging with the local community over the coming weeks as we discuss our proposals in more detail and will also look to set up a community benefit fund to support local projects.”