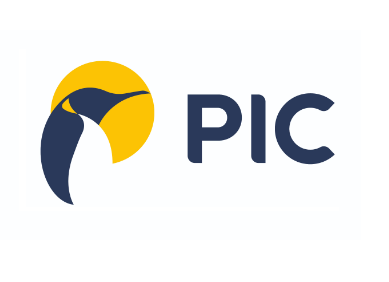 Pension Insurance Corporation (‘PIC’), a specialist insurer of defined benefit pension funds, has agreed to invest £105 million to forward fund a new 130,000 sq ft net zero in operation office to be let to the Government Property Agency (‘GPA’) for 25 years.

The new site, which underlines the Government’s commitment to levelling up, will house approximately 2,500 civil servants, including over 700 roles which will be relocated from London to Manchester as part of the Places for Growth initiative. The move of civil service roles to Manchester is expected by the Government to generate £31m in economic benefits for the city, down to increased footfall and spending from staff.

The Manchester office market is making a strong recovery following the Covid-19 pandemic, with take-up of space increasing by 32% between 2020 and 2021. The outlook for the second half of 2022 is positive, with over 320,000 sq ft of new build office space currently under offer across 15 transactions, which is 34% more space transacted over a similar period prior to the outbreak of the pandemic.

Based on recent historical evidence, demand in Manchester has always met supply. The forecast over the next four years is that this same trend will continue, with larger occupiers seeking to acquire ‘best in class’ office space, which enables them to attract and retain the very best talent in a dynamic and thriving city such as Manchester.

The GPA Hub at First Street is being developed by Ask Real Estate and its JV partner, The Richardson Family. The building is anticipated to have a BREEAM minimum rating of Excellent. It is also the first office in Manchester capable of achieving a minimum NABERS Design for Performance rating of 5.5 stars or above.

James Agar, Head of Long Income at PIC, said: “We are delighted to have concluded this market leading transaction during a period of such turbulence in both financial and construction markets. This investment provides us with secure, long dated and index linked cashflows which are perfectly aligned to serving PIC’s purpose, which is to pay the pensions of our current and future policyholders over coming decades.

“Government let commercial property assets have been an area of specific focus for PIC and we are pleased to make this long-term commitment to supporting the modernisation of the GPA estate. We expect First Street to be the first development in an expanding partnership with the GPA as it looks to deliver its strategic roll out for 2025 and beyond.”

Clive Anderson, GPA’s Director of Capital Projects, said: “The First Street development is part of the Government Hubs Programme which will provide a smaller, better, and greener estate which supports the Government’s ambition to reach net zero carbon emissions by 2050.

“The Government Hubs Programme will also create modern, inclusive environments where departments can be collocated in shared buildings across the UK. This supports the Government’s Levelling Up agenda and Places for Growth initiative, encouraging the movement and creation of jobs outside London.

“When Manchester First Street opens in 2025 it will be home to 2,500 civil servants from at least four different government departments, making it one of the largest hubs for cross-government collaboration and operation outside London.”

John Hughes, Managing Director at Ask Real Estate, said: “We’re delighted that PIC had the commercial expertise and transactional experience to respond so effectively, within very tight timescales, to work collaboratively with both ourselves and the GPA to get this deal agreed under such volatile economic circumstances.

“This news will enable us to realise and progress our ambition to accommodate 10,000 jobs by 2028 and create a sustainable urban campus. Attracting the GPA to the estate further establishes First Street as one of the most sought after business destinations in the region.”