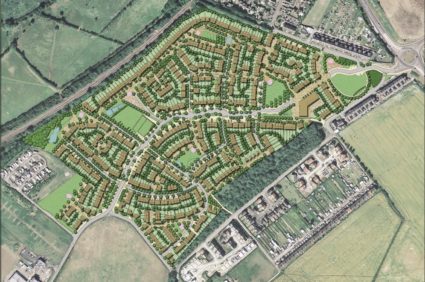 Ever since the Town and County Planning Act of 1947, development has been conditional on approval from planning authorities. It can be a long process to achieve planning permission, and planning considerations have broadened and are always subject to change. Planning refusal is therefore a risk that anyone undertaking development faces, but one that can be mitigated.

Phil Jarvis, Underwriting Manager at CLS Risk Solutions, a major property development and transaction underwriting business described the process as “a balancing act between the needs of the existing community and integrating a new community.”

The type of area factors into the reasons that planning is refused, Jarvis described: “It depends what kind of scheme it is, whether it’s urban or closer to green belt land.”

Jarvis cited lighting concerns as a common reason for refusal in urban environments, for instance.

Regional variation in risk is often touted as a factor, but Jarvis suggested it was more to do with the committee level than wider areas: “From the data we have access to, it’s not a regional thing but rather based on districts.”

David Morris, Planning & Operations Director at strategic land promoter Catesby Estates Plc, suggested that certain regions do have other obstacles the factor into risk: “Generally speaking we find that there are more constrained areas within the South of England because of SPA’s, AONB’s and Green Belt, which means it can be more difficult to find unconstrained sites.”

Morris revealed that one of their key strategies to overcome refusal is to tailor plans to be in alignment with emerging policy guidance of the council, he said: “We would consider the housing needs contained within the standard methodology when the local authority is preparing a new plan based on previous figures. This approach has had success even when we have had a site refused on appeal, as we’ve had the site adopted in a subsequent local plan.”

Rachel Ainscough, Group Managing Director at Ainscough Group described that council policy was commonly a stumbling block: “If we’ve ever had to appeal it’s generally policy-based reasons. Ultimately it’s a debate if those policies in the local plan are out of date or not.”

She also highlighted “landscape and highway issues” although saying that usually the firm overcame them during planning, she noted that landscape was “one of those things that’s a bit more subjective.”

Hugo Kirby, Managing Director of Ptarmigan Land, a strategic land promoter in the South described the importance of this close working with councils prior to lodging an application: “We’ve never lost a planning application, but we have dropped projects before.”

Kirby described political shifts in councils as a primary reason for failure: “There are times where we risk failure and that’s usually due to a change in local politics.”

Overall planning refusal largely comes down to a mixture of political, environmental and land restriction factors. The biggest risk reduction factor appears to be cooperative approach, if developers and local authorities are at loggerheads there is a much higher risk of failure. It is important for developers to make plans within lines of local policy objectives or be able to make a case to planning committees why their development would be positive to the area.

You can find out more about CLS Risk Solutions here: http://www.clsrs.co.uk/