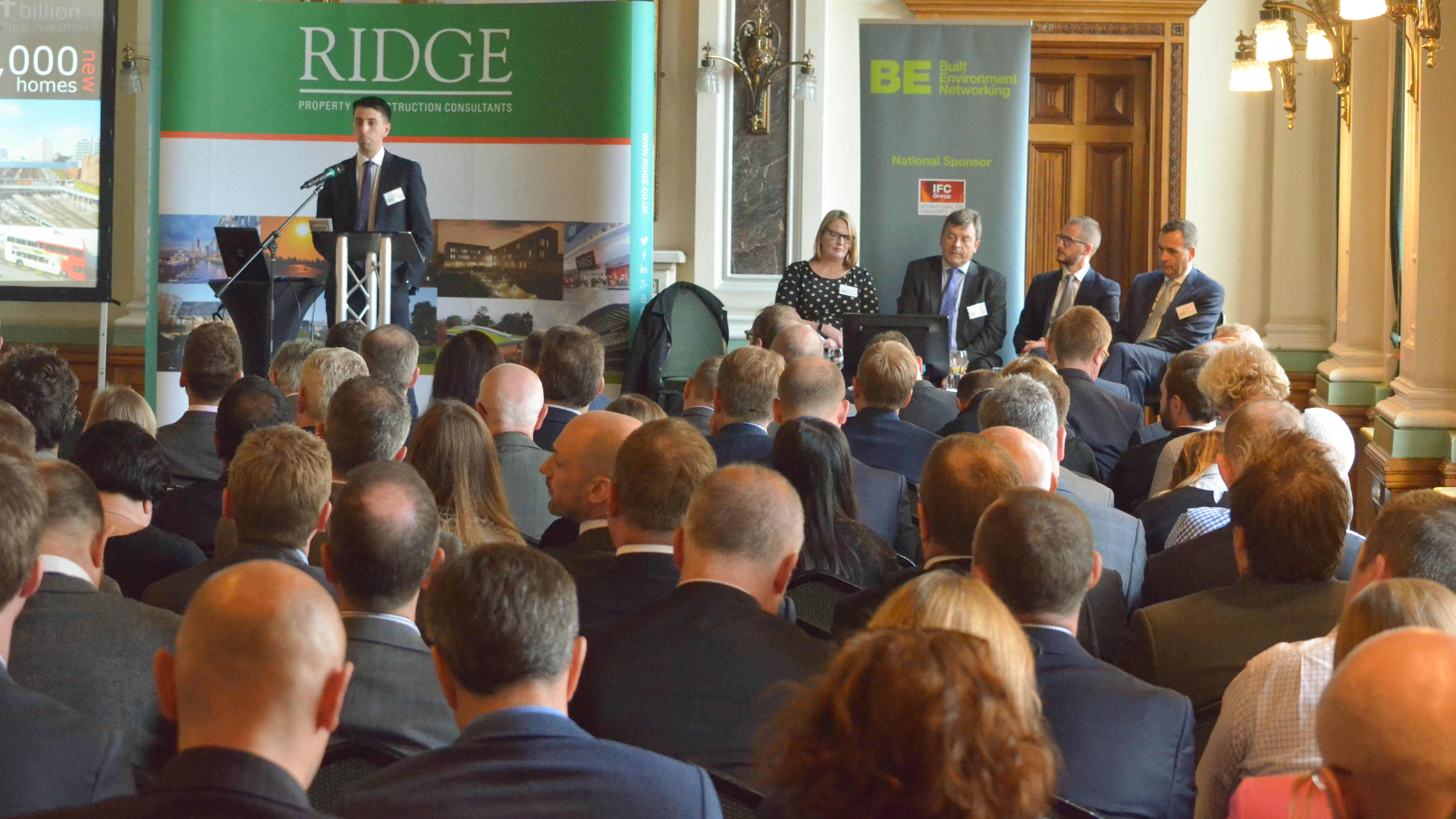 Birmingham’s biggest private landlord has secured outline permission for the redevelopment of 10-acre site on the edge of the city centre, Business Environment Networking’s recent event in the city heard.

Mark Lee, chief executive of the Calthorpe Estate, told at the Birmingham Development Plans event that outline permission has been granted for the redevelopment of the site next to the Five Ways roundabout -one of the main gateways into the city centre.

He said Calthorpe was bringing forward, together with its development partner U&I, around 500,000 sq ft of new offices and 400 build to rent residential units.

The scheme is Calthorpe’s biggest regeneration project to date with a value of £350m that Lee said was pencilled for delivery over a 10-year timeframe.

He said that having secured outline permission for the scheme, the partners were now ready to take the scheme to funders later this year and that the tenants of the 80s-era office buildings on the site had already surrendered their leases.

Lee added that the development’s first two buildings have been already been designed for a reserved matters application by architect Glenn Howells, but that Calthorpe and U&I would be looking to different architects to design the rest of the scheme’s buildings. “We will have a common theme but a variety of building styles,” he said.

Lee also provided an update on Calthorpe’s plans to develop a new medical quarter in Edgbaston, close to the nearby Queen’s Elizabeth teaching hospital.

He said that a new 62-bed Bupa care home would be opening next spring. And he said in the following spring, Circle Health would be opening a £32m new private hospital, boasting five operating theatres with a planned second phase including specialist rehabilitation facilities.

Lee said a new 360-unit student flats was due to go on site in the final quarter of this year when flood alleviation work had been carried out and that Calthorpe was in pre-let discussions with the company Advanced Oncotherapy about housing cutting edge proton therapy unit in 5,000 sq ft of space, which is due to start on site next year.

Richard Cowell assistant director of development at Birmingham city council, said that the authority’s big city plan, was coming to fruition seven years on from its launch. “It’s set the tone for what is now happening,” he said.

He said the council has recently closed the shortlisting process for a development partner on its regeneration of the14-hectare former market site at Smithfield, which has been lined up for a £500m redevelopment, including 2,000 new homes and 300,000 sq m of new commercial floorspace

Cowell said Birmingham aims to announce a preferred bidder within next four to six months with a joint venture partner in place by March 2019 to deliver the project.

He said the council had also recently shortlisted the potential development partners for its planned urban extension at Peddimore.

Stephen Walker, deputy head of asset management at asset manager Aberdeen told the event that Birmingham is currently reinventing itself more successfully than any other major UK city.

“No other cities are reinventing themselves in the way Birmingham is at the moment. The potential for performance in Birmingham and beyond is very promising.”

He said Aberdeen was in the process of refurbishing one of its main real estate assets in Birmingham, its City Centre House block which fronts onto Union and High streets.

He described the site as ‘one of the most exciting real estate blocks in the UK at the moment”, partly because it fronts onto what could become the ‘main thoroughfare’ between the city centre and the new HS2 station at Curzon Street when it is developed.

He said Aberdeen had exploited the closure of its main tenant BHS, as an opportunity to revamp the block’s retail units by ripping off its 60s concrete canopy and replacing it with a new double height, glazed frontage. Walker said a lease with H&M for a flagship store in had ‘substantially changed perceptions of the block’.

Anne Shaw, director of network resilience at Transport for West Midlands (TfWM) told the meeting that her organisation had secured funding for extensions of the Midland Metro to Edgbaston and to the HS2 station.

She said that the next step for TfWM, which is part of west midlands mayor Andy Street’s combined authority, was now developing a business case for further extensions of the light rail network out through the Eastside of the city via Digbeth and North Solihull to Birmingham Airport and the HS2 Interchange on the outskirts of Birmingham.

Within the city, she said TfWM was also working on the Camp Hill Chords railway project, which is designed to open up new stations in suburbs like Moseley and King’s Heath which are currently cut off from the rail network.

And she said that proposals were being worked for rapid transit buses to connect the council’s planned new urban extensions at Peddimore and Langley to the city’s HS2 station.

Colin Harvey, head of property programmes delivery at Jaguar Land Rover, said that the company’s Technology Park, a £140m office development which provide space for 3,000 staff over 2 phases of development, is due to start on site next year.”

And the Gaydon Triangle, a £200m redevelopment that will bring the design and engineering teams for Jaguar and Land Rovers together on one site, is due to open in 2019.

Overall, he said that JLR’s development programme is due to create 1200 construction jobs in the west midlands.

But he warned that losing access to the EU single market could have an impact on JLR’s plans in the midlands.

“Not having free trade is absolutely critical to JLR so we are working on informing government about how Brexit is shaped.