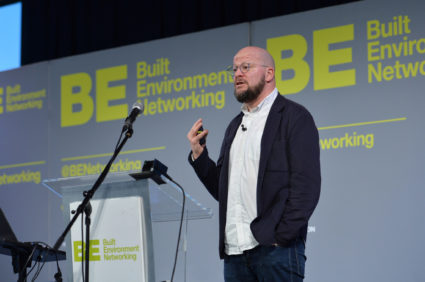 Smart Cities are changing the face of modern urbanism by using a data driven approach, particularly taken from the Internet of Things (IoT), to make urban living more efficient and improve public services.

Theo Blackwell, a Specialist Appointment as Chief Digital Officer by the Mayor of London, set out the underlying principles of using technology at our Developing Cities for the Future Conference: “We can use data for civic ends. Data is not just something that is used commercially or to advertise things, it’s used to build cities.”

London is embracing smart city technology, Blackwell said: “Since the London data store was created in 2010 we’ve had a global status as a data leader, which was Greater London’s opening up of data and the release of a uniform API.”

Following this data release, it spurred on app developers to create over 600 apps using TfL’s data, providing Londoners with a wide range of useful tools.

Blackwell headed up the Smarter London Together roadmap, which set out London’s strategy in relation to smart city technology. They undertook what Blackwell described as “the biggest listening exercise we have ever done on smart city initiatives”, which involved 6 months and 80 public events.

This open approach allows London to avoid difficult data ownership issues, which have caused problems, Blackwell explained: “Quite often when we outsource our products to firms, we have to pay for our own data to come back into the local authority. It’s completely unacceptable.”

Privacy concerns are key to any discussion on smart city data and London has been collaborating with the Greater Manchester Combined Authority, another early adopter at producing a privacy assessment tool.

The divided nature of London’s public services presents a problem for systems collaboration, which Blackwell explained: “We have a very fragmented NHS trust network with over 40 public entities. By that I mean utility companies and connectivity providers, which in other countries might be part owned or part run by the state.”

Smart city technology has the potential to be a real driver of urban progress, it rightfully raises questions, but also provides many of the answers to how do we create better places for people to live better live.