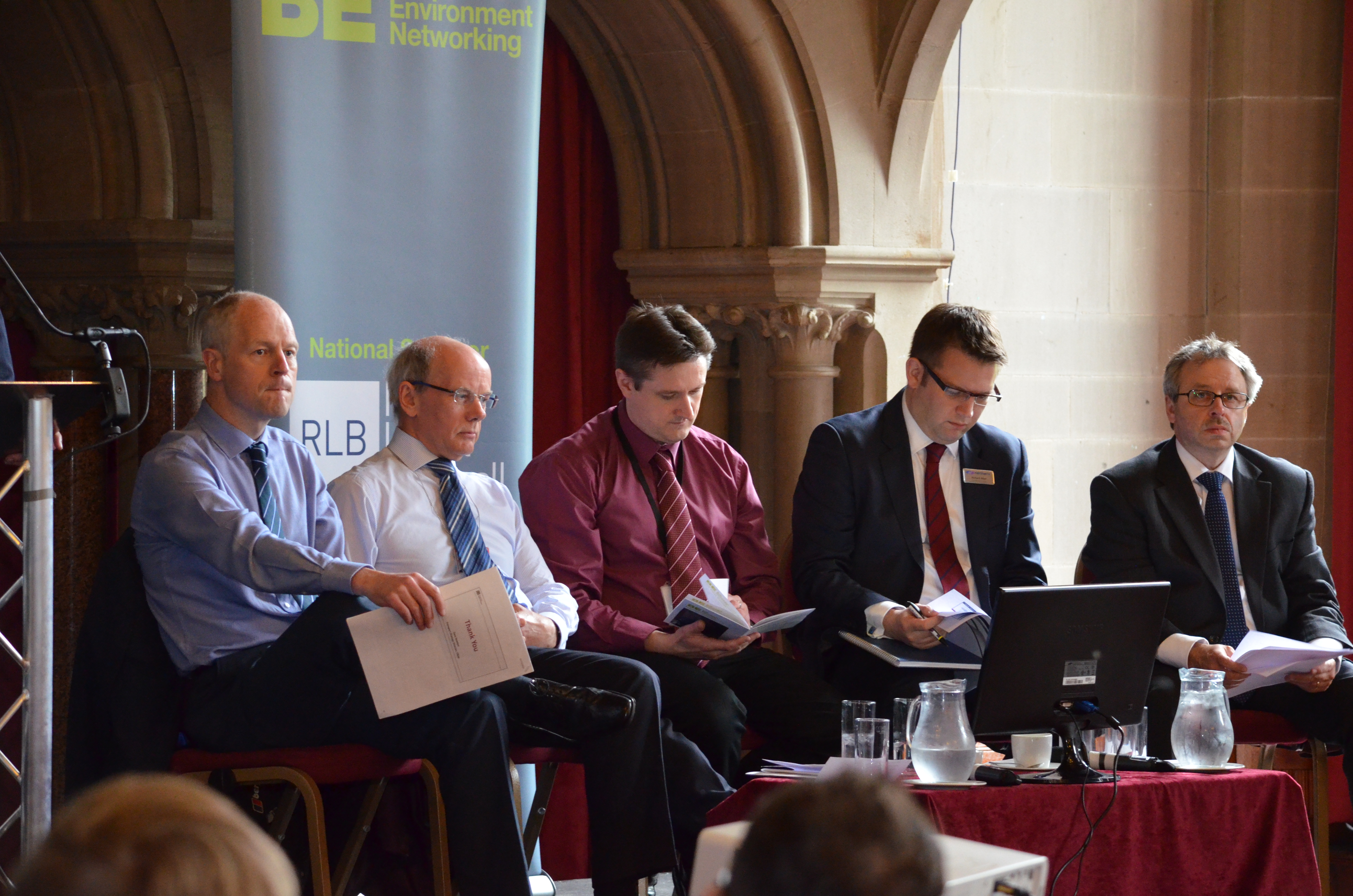 The North-west of England is set to benefit from huge investment in its rail, roads airports and ports, according to five infrastructure clients in the region.

MAG and Peel Ports said they were investing in logistics hub schemes as well as their core infrastructure assets to take advantage of the North-west’s emerging position as the centre of the UK’s logistics network.

The five clients also said they are working up plans to integrate their infrastructure assets with the planned HS2 network.

Dave Newton, transport strategy director at TfGM, said: “We’ve very much embraced HS2 in the north of England and are looking at how we can maximise potential from it.”

Ian Joslin, area director for Network Rail in the North-west, said the Northern Hub programme of rail improvements is just as important as HS2 for the region and “critical to rebalance the national economy”.

He added: “In the north we’re quickly coming to a bottleneck. We can’t increase rail capacity without significant investment.”

Twigg urged attendees to be inspired by the region’s “transport firsts”, including the Manchester Ship Canal, 1894, the Manchester-Liverpool railway, 1830, the Preston bypass, 1958, and light rail metrolink, 1999.

TfGM is the transport delivery arm of the Greater Manchester Combined Authority (GCMA) – a combined authority for the ten local authorities of Bolton, Bury, Manchester, Oldham, Rochdale, Salford, Stockport, Tamesdie, Trafford and Wigan. TfGM is in the midst of spending the £1.5bn Greater Manchester Transport Fund, a fund for priority projects set up in 2009, half-funded by local authorities and half-funded by central government. Projects being funded include the trebling of Greater Manchester’s Metrolink network, new busways, new park and rides and new transport interchanges – including at Bolton, Wythenshaw, Rochdale, Altrincham.

“Within Greater Manchester we’ve embraced transport as a driver of economic growth,” Newton said. “Very importantly we’ve had a governance and leadership that puts transport right at the heart of the action.”

Airport City will aim to capitalise on the area’s connectivity via airport, road, rail, tram, bus and ultimately HS2 links. “If you’ve got a business that needs to move people or goods worldwide there’s your opportunity,” Twigg said. The development will aim to attract more airlines’ back office functions after Etihad committed to move its back office and European call centre operations to Airport City. MAG also partners with road and rail clients to improve transport links to the airport.

Network Rail’s North-west region covers the area from Manchester and Liverpool up to Carlisle and the Scottish Borders. Major under-construction projects include the redevelopment of Manchester Victoria station, which is scheduled to finish later this year.

Network Rail plans to procure almost all of its works in the North-west through alliance partnerships with contractors. The client is currently finalising agreements with contractors and sub-contractors and will then spread the word to further interested suppliers. To register an interest email jennifer.kay@networkrail.co.uk

A rail franchise operator covering services in the North-west and North-east of the country, from Nottingham in the south up to the Scottish border. It has 5,000 employees and makes 95 million journeys a year – more than all the other operators in the north put together. Over its 2004-2014 franchise period there was a 47% growth in passenger numbers. Northern Rail has been awarded a 22 month extension to its franchise running from 1 April 2014 to 7 February 2016. The extension is an interim measure while the government reviews its overall approach to rail franchises.

Northern Rail plans to build new stations and improve existing ones. “There is a lot of opportunity to invest and to provide more parking spaces,” Richard Allan, commercial director of Northern Rail, said.

Northern Rail is embarking on an efficiency drive to make its service better value for the taxpayer. Currently the operator receives more in government subsidy than it does from passenger revenue. It is trying to make a business case for further investment, including making the network ‘HS2 ready’ and upgrading its train fleet, a third of which was built in the 1980s.

Peel Ports is a conglomeration of ports, terminals, hubs, shipping lines and shipping canals around Liverpool and Manchester. It is the second largest port group in Britain and is part-owned by developer Peel Group. Peel Ports is planning 50 development projects over the next 50 years.

Liverpool2 is a £350m under-construction deep-water port that will allow the largest container ships in the world to call at Liverpool. Piling has begun and construction is on schedule to complete in the third quarter 2015. The project is expected to create 1,800 construction jobs.
Peel Ports plans to spend at least another £350m on capital projects over the next ten years, including on a number of logistics warehouses in and around Liverpool and Manchester.

Peel Ports believes the development of Liverpool2 will be a “game changer for logistics in the North-west and a significant catalyst for further construction” in the area, particularly logistics parks. It expects the North-west to overtake the east Midlands as the UK’s main logistics hub and plans to invest in speculative logistics warehouse developments in the area to capitalise on the expected shift in operations westwards. “We will see a massive development of logistics parks around Manchester and Liverpool,” Dennis Henderson, commercial director of Peel Ports, said.