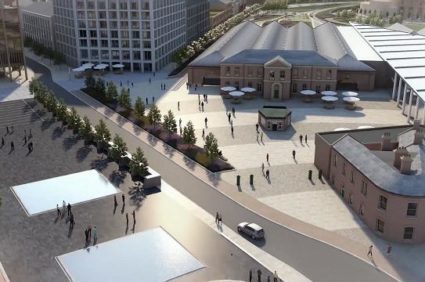 The City of York is poised for several development schemes, bringing major transformation of several areas as a result.

York Central is the flagship development, a £1bn scheme that could be taking place over the next 20 years and is set to be a major boon to the city’s economy.

Council Leader, Keith Aspden described the massive ambition at our recent York Development Plans Event: “There are plans for 2,500 new homes, 6,500 new jobs and spaces for new businesses to grow whether that be financial services, rail or biotech and in partnership with our universities.”

The York Central project is currently awaiting HIF funding prior to being granted the green light, and the council has been working on improving their procurement process in anticipation, Aspden explained.

Public consultations have been key to how the council has approached redeveloping the site: “We are just about to launch a consultation called “My City Centre” which will be talking to the retail traders about what city centre they want now and in the future.”

The medieval character of York is key to what brings so many visitors into the city every year and undoubtedly York Castle is one of the City’s icons.

However, the impressive hilltop keep that makes up the majority of the surviving castle, Clifford’s Tower, has been set apart from the town by Castle Car Park, that surrounds much of the hill and is widely considered an eyesore.

With the £45m Castle Gateway scheme, the council are attempting to turn the area into a public space by removing the car park and installing a new cycle bridge and 106 riverside apartments.

York Guildhall is a Grade I 15th-Century building that sits on the banks of the River Ouse. Recent surveys have shown structural problems within the building, and the council is responding with a project to regenerate the building and develop the site around it.

Aspden described: “It’s going to create a new role for a very historic building in the city. What we aim to do is create high quality office space and an estimated 250 high value jobs. The scheme is also designed to open up the building to residents and visitors.”

“Selby means growth” – this was the message of Janet Waggot, Chief Executive of Selby District Council, who told delegates about the raft of development occurring in the Selby area.

Selby District Council are looking to redevelop the area around the towns train station, with several other strategic sites targeted across the town. Waggot said: “There are sites that are quite significant for us from the Rigid Paper site, the Portholme site to Olympia Park.”

The Olympia Park has the potential to create 3,250 new jobs, as well as new £5.5m footbridge, with a projected start date of 2022.

The first units have been completed at the Sherburn 2 site, an industrial warehouse project on the outskirts of Selby supported by the LEP. There are currently negotiations for an extension in Q2 2020.

They are also redeveloping Britain’s last deep pit coal mine, Kellingley. Waggot said: “We are looking at the amount of mixed-use opportunities for the site, and we are planning for construction to start in Q2 of this year.”

The site has the opportunity to create 1.45m sq ft of mixed us and 1500 new jobs – a project being led by brownfield experts Harworth Group.

The council has been matching funds from the High Street Fund to support the regeneration and is set to receive more backing, Waggot explained: “We have made a bid through the Transforming Cities Fund. The bid has got through to the final stages because there’s scale and opportunities for mixed use and things to do.”

The modular revolution is here, and Legal & General Modular Homes are investing heavily in bringing it forward. They have developed a modular factory at Sherburn, having adopted an approach where homes are finished on-site with facades and roofs.

One of these planned sites is Portholme Drive in Selby district.

Toogood described their progress on their building designs, she said: “We’ve developed the designs. We’ve done prototyping, we’ve got the designs accredited by NHBC and BOPASS, and we’re also ISO9001 accredited which is the quality management accreditation and ISO18001 which is health and safety accreditation”

There long been suggestions that modular would help to close the gender gap in the industry, Toogood said: “Part of the difference of the modular approach is more attractive to females. A set location and less of a requirement on physical strength makes it more inclusive for all.”

The York area has some strong schemes that are really looking to the future, while enhancing and preserving the amazing historic value of the area